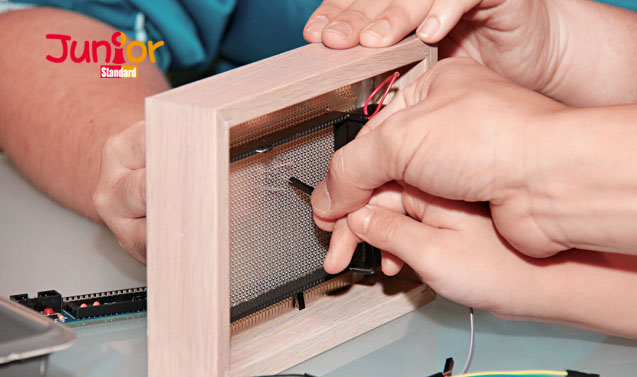 Three Japanese(日本的 )-born researchers won the Nobel Prize for Physics (諾貝爾物理學獎) for inventing the light-emitting diode (LED, 發光二極管) lamp, a boon in the fight against global warming and aiding people in poverty.

They are Isamu Akasaki (赤崎勇), Hiroshi Amano (天野浩) and Shuji Nakamura (中村修二), who was conferred an honorary doctorate in 2008 by the Hong Kong University of Science and Technology (香港科技大學).

“This year ’s Nobel laureates are rewarded for having invented a new energy-efficient and environment-friendly light source – the blue light-emitting diode,” the jury in Sweden (瑞典) said. “Their inventions were revolutionary. Incandescent lightbulbs (白熾燈) lit the 20th century. The 21st century will be lit by LED lamps.”

The trio produced bright blue beams from semiconductors (半導體) in the early 1990s, triggering a transformation in lighting technology, according to the Nobel jury.

Red and green diodes had been around for a long time, but without blue light, white lamps were impossible. LED lamps emit a bright white light, lasting for tens of thousands of hours, and use a fraction of energy compared with the incandescent lightbulb.

LED lights may be connected to cheap solar power – a benefit for 1.5 billion people.