India on a mission to clean up 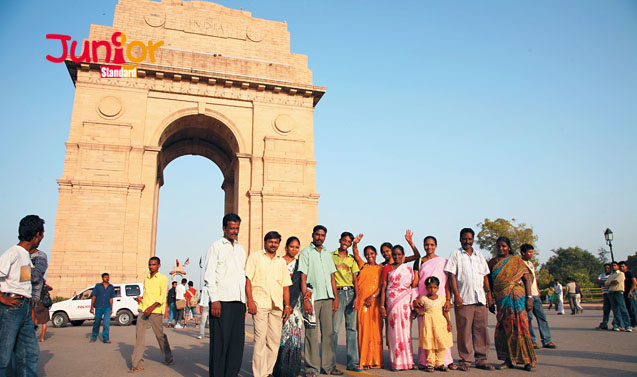 HIS hands protected by torn orange gloves, Mr Singh has a grim job scraping waste from train toilets from the tracks at a New Delhi (新德里) station. Like an estimated 1 million other Indians (印度人), Singh does the work because he was born into a low caste. His parents did the same work before him.

But Prime Minister Narendra Modi (莫迪), wants to change things so not only those born to a low caste work to keep India (印度) clean. On 2 October, a holiday for Mahatma Gandhi’s (甘地) birthday, Modi launched the Clean India Mission, to modernise sanitation.

He started by trying to change attitudes and he set an example by taking a broom and sweeping up rubbish in a Delhi (德里) neighbourhood. “Often we assume the job of cleaning up belongs to sewer cleaners and don’t bother to clean,” Modi said. “Don’t we all have a duty to clean the country?”

He also ordered government workers including his ministers last Thursday to sweep offices and clean toilets.

India’s fast-growing towns and cities are littered with rubbish. Most rivers and lakes are polluted with sewage and industrial effluents.

Education will be vital if Modi is to change age-old attitudes towards hygiene and purity, and to free India’s ‘untouchables’ (賤民).

Modi wants every home and school to have access to a toilet by 2019, in time for the 150th anniversary of Gandhi’s birth.