Students urged to step back 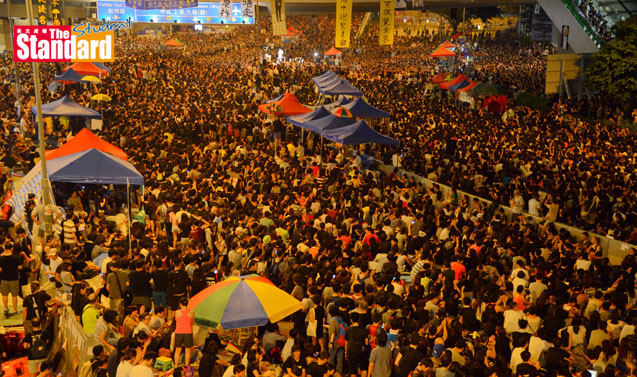 TOP academics and religious leaders have called on students to evacuate protest zones for their own safety.

Cardinal (樞機主教) Joseph Zen Ze-kiun (陳日君) said the young are the hope of the future and there is no need for them to sacrifice themselves.

Zen said the movement has achieved a satisfactory result and that the class boycott has won praise after students showed courage and restraint in the face of police using tear gas and pepper spray. “I believe that it is time for us to evacuate and preserve our strength,” he said.

Former chief executive Tung Chee-hwa (董建華) said the movement has become much more complicated and that “students, who have wisdom and courage, can learn and gain understanding on different opinions in a peaceful manner”.

Former chief justice Andrew Li Kwok-nang (李國能) said, “Through their peaceful demonstrations, the students’ ideals and aspirations for democracy have been fully understood and are respected. But the demonstrations have caused disruption to the community, which the students must also understand and respect.”

Chinese People’s Political Consultative Conference Standing Committee (中國人民政治協商會議) member Henry Tang Ying-yen (唐英年) said dialogue is “the best solution to problems, not standoff”. He added, “I believe the government has heard their appeal. For the next step, we should have communication in a rational and pragmatic manner, and prevent unnecessary clashes.”

Chief Executive (行政長官) Leung Chun-ying (梁振英) warned on Saturday his office and the Central Government Offices (政府總部) at Tamar (添馬) must be cleared by Monday to allow 3,000 civil servants to return to work. Government workers were allowed to enter the building but protesters remained on site.