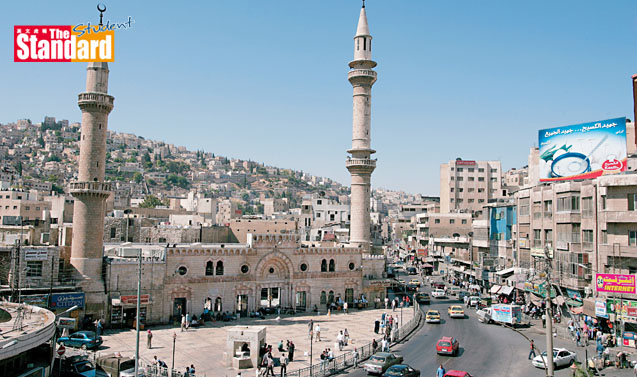 “There can be no reasoning, no negotiation, with this brand of evil,” Obama told the General Assembly. In a shift for a president who has been reluctant to take military action in the past, Obama declared that force is the only language the militants understand. He warned them to “leave the battlefield while they can”.

The widening war against the Islamic State was just one in a series of crises that confronted the presidents, prime ministers and monarchs at the annual meeting of the UN General Assembly. Also requiring attention was Russia’s (俄羅斯) continued provocations in Ukraine (烏克蘭), a deadly Ebola outbreak in West Africa (西非), and the plight of civilians caught in conflicts around the world.

“Not since the end of the Second World War have there been so many refugees, displaced people and asylum seekers,” UN Secretary-General Ban Ki-moon said as he opened Wednesday’s session.

In a rare move, Obama also chaired a meeting of the UN Security Council. The members unanimously adopted a resolution requiring all countries to prevent the recruitment and transport of would-be foreign fighters preparing to join terrorist organisations such as the Islamic State group.

The Islamic State has made lightning gains in Iraq this year and now moves freely across the increasingly blurred border with Syria (敘利亞). The group has claimed responsibility for the beheading of two American journalists and a British aid worker. The acts sparked outrage in the West and contributed to an increase in public support for military action.

The threat from the Islamic State group has already drawn Obama back into conflicts in the Middle East. Just months ago, the president appeared to be on track to fulfil his pledge to end the US-led wars he inherited in Iraq (伊拉克) and Afghanistan (阿富汗).