Tearful pleas to save homes:Pensioners appeal against Kwu Tung development 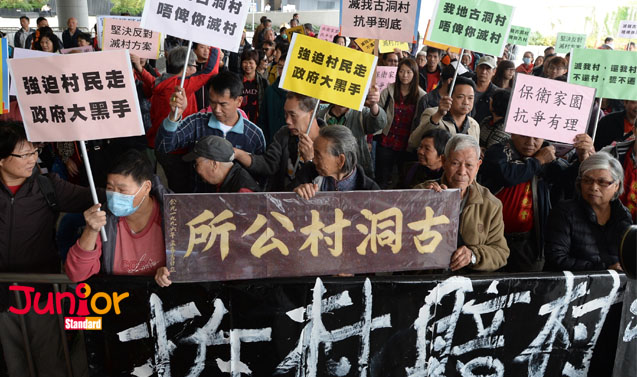 WELFARE secretary Matthew Cheung Kin-chung (張建宗) was caught off-guard when an elderly man kneeled before him.

The man pleaded on Tuesday for the government not to demolish the Kwu Tung ( 古洞) elderly care homes in Sheung Shui (上水).

The dramatic scene occurred during a meeting of the Legislative Council’s (立法會) welfare panel.

The plea by senior citizen surnamed Leung seemed to have some effect as Cheung said the construction planned for the area was not urgent and the government would be flexible.

The care homes in Dills Corner Garden (石仔嶺花園) are situated at the centre of a government development plan for the northeastern New Territories (新界東北發展). They house about 950 elderly residents.

Leung, who appeared on behalf of other residents, told lawmakers, “I hope Cheung will let me live a good life with three stable meals every day. If [the care home] is to be demolished, I’ll become homeless.”

Another pensioner surnamed Wan from the area said he lived a comfortable life in Dills Corner Garden. He became miserable when told the government wanted to demolish his home.

As he spoke, Leung suddenly kneeled down and begged Cheung, causing Wan to break down in tears.