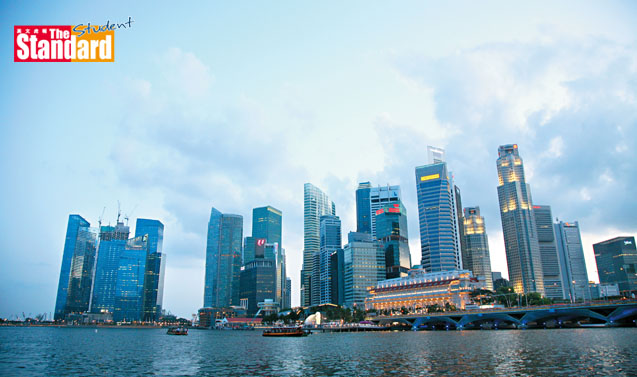 NEARLY half of China’s super-wealthy individuals are considering leaving the country, a survey has found, with most citing better overseas educational and employment opportunities for their children.

The global poll of 2,000 high net worth individuals by Barclays Wealth found 47 percent of wealthy Chinese respondents are planning to move overseas within the next five years.

Hong Kong is their preferred destination at 30 percent of respondents.

Canada (加拿大) is next at 23 percent, although Ottawa (渥太華) this year axed an immigrant investor visa scheme popular among wealthy Chinese.

The results show that “better educational and employment opportunities for their children is the main pull factor for Chinese high net worth individuals”, Barclays said.

China has seen double-digit economic expansion in recent decades, but faces mounting uncertainty over its pace of growth. Its economic expansion has also come at great environmental cost, particularly in large cities such as Beijing (北京) and Shanghai (上海) – another factor making the country’s super-wealthy consider a move overseas.

The survey found a significant share of Singapore’s (新加坡) wealthy – 23 percent – plan a move abroad in the next five years.

In Hong Kong, 16 percent of the wealthy plan to move, with 44 percent of these naming Singapore as their destination. Another 31 percent anticipated going to the mainland.

Around the world, 57 percent of super-rich individuals have only lived in one country, with 20 percent having lived in three or more.

According to another report by Wealth-X, a research firm specialising in ultra-high net worth individuals, and Swiss bank UBS, Asia’s billionaires, led by Chinese tycoons, enjoyed the fastest increase in their wealth this year compared to their peers in the rest of the world.

Most of Asia’s billionaires made their fortune from within the region, mainly from real estate and industrial conglomerates.

Only 11 percent of them have amassed their wealth through finance, banking and investment, a percentage “much lower than in other regions”, the report added.