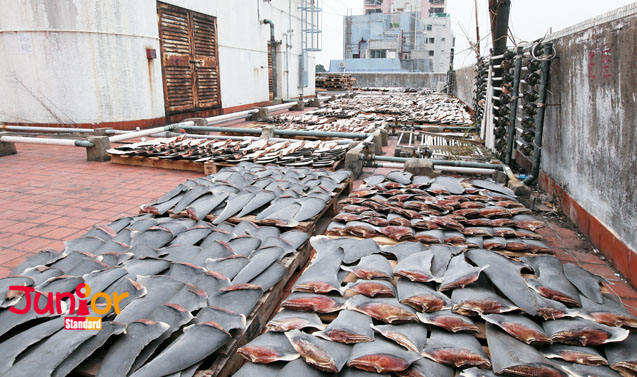 There is also a huge drop in shark fin reexported to the mainland. It declined from one million kilograms to 114,000kg or by about 90 percent. Vietnam (越南) became the top reexport destination last year.

Tracy Tsang Chui-chi (曾翠芝), WWF senior programme officer for sharks, believes the decline is due to decreasing demand. She said that several aspects caused the drop. One is the government’s action to stop serving shark fin at official functions. “Some hotels and restaurants have also stopped supplying shark fin, while airlines have stopped transporting shark fin products,” she said.

But Tsang warned the decline may also be due to a decreasing shark population.

Tim Lau Chi-yan (劉智仁), a wedding planner, said shark fin-free banquets have become more popular in the past two years. There are currently 168 businesses that have signed up for the No Shark Fin Corporate Pledge. Nearly 120 restaurants have joined the Alternative Shark Fin-Free Menu Programme.