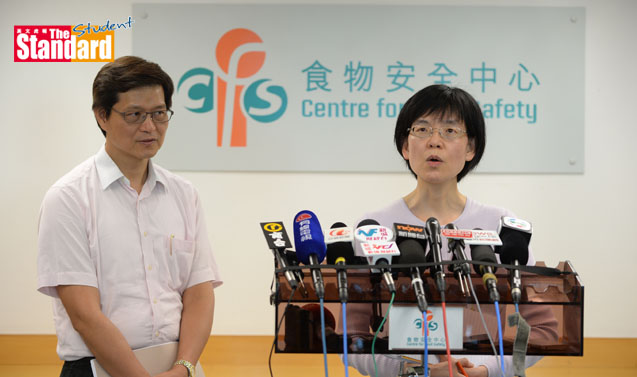 HONG KONG food authorities on Sunday ordered a recall and ban on all 25 lard and lard products imported from Chang Guann (強冠), who are at the centre of the “gutter oil” scandal in Taiwan (台灣), and banned all food made with the products.

The move came on the same day that 500 tons of lard and lard products made on or after 1 March and imported by six Hong Kong companies were recalled and banned under a food-safety order.

On 14 September, the Centre for Food Safety (食物安全中心 ) released a list of 300 retailers and distributors to which the six companies supplied the products.

So far, just one-tenth of the 500 tons of oil from the six companies have been marked and sealed. The centre said the recall and ban are not limited to just the 25 products, such as Chuan Tung (全統) and Ho Chiang Fragrant Lard (合將香豬油).

“According to the information from the Taiwanese authorities, the substandard lard/lard products from Chang Guann were produced from substandard ingredients such as recycled waste oils and lard for animal feeds,” a centre spokesman said.

Director of Food and Environmental Hygiene (食物環境.生署署長) Vivian Lau Lee-kwan (劉利群) said, “Importers, distributors and retailers must, within a period of 14 days, recall and dispose of the affected food that they have supplied in accordance with the specified manner set out in the order.

“They must report to the Food and Environmental Hygiene Department within two working days upon completion of recall.”

Persons who contravene the order might be liable to 12 months in jail and a HK$100,000 penalty.