A mountain of waste 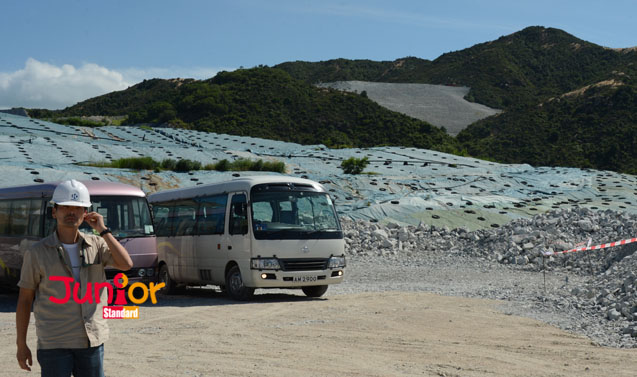 The Hong Kong government’s proposals to expand landfills and build an incinerator so as to deal with the growing waste problem have met with strong objections. What should we do?

CURRENTLY, Hong Kong has three landfills – located in Ta Kwu Ling in Sheung Shui, Nim Wan in Tuen Mun and Tai Chik Sha in Tseung Kwan O respectively. The one in Tseung Kwan O will be full next year; the other two will also reach capacity in a few years. Unless we expand these facilities and reduce reliance on them by replacing it with an alternative, we have a big problem.

The government has been working on solutions. These include landfill extensions and building a new modern incinerator. But the plans have met with objections and have had to be repeatedly amended.

The incinerator route
HONG KONG used to burn its solid waste with four incinerators but due to air pollution concerns, these facilities were shut down before the handover.

Professor Irene Lo Man-chi of the civil and environmental engineering department at the University of Science and Technology said modern incinerators are more efficient in controlling the emission of pollutants.

These facilities burn solid waste completely using intense heat. The process would not create a public health hazard and the energy can be used to generate electricity.

A survey found 70 percent of people agreed that incinerators are good, but over half said they did not want the facility to be located near their homes.

Landfill extension
A SPECIFIC plan has been tabled for the extension of the Tseung Kwan O landfill, but it has met with strong opposition.

Residents said though the facility was not close to their homes, they could still smell it on days when the wind was strong. They feared the problem would worsen if the site is enlarged.

District Council member Christine Fong Kwok-shan said the landfill should not be extended unless the government solved the district’s air pollution and traffic congestion problems.

Reducing waste at source
THE long-term and sustainable solution for waste disposal is to reduce production at source. Local green groups such as Green Power, Friends of the Earth and the Conservancy Association have been urging the government to commit to waste reduction.

They are worried that once the waste disposal problem is relieved by new incinerators and landfill extensions, the government would drag its feet on fundamental environmental protection work.

They suggested measures such as charging waste disposal fees, emphasising producer responsibility and the phasing out of food waste collection.