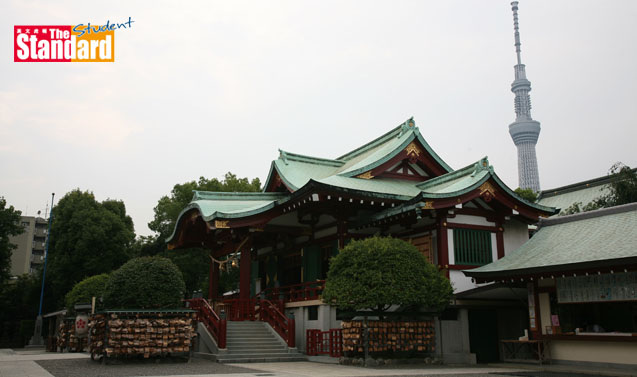 MORE than half of Chinese people think the country may go to war with Japan (日本) in the future, a new poll has revealed, after two years of intense diplomatic squabbles.

A survey conducted in both nations found that 53.4 percent of Chinese envisage a future conflict, with more than a fifth of those saying it would happen “within a few years”, while 29 percent of Japanese can see military confrontation.

The findings came ahead of Thursday’s second anniversary of Japan’s nationalisation of the disputed Diaoyu Islands (釣魚島) in the East China Sea (東中國海) that have become the focus of tensions between the Asian giants.

The survey was conducted by Japanese non-governmental organisation Genron and the China Daily (中國日報) in July and August.

In the annual opinion poll, which started in 2005, 93 percent of Japanese respondents said their impression of China was ‘unfavourable’, worsening from 90.1 percent last year and the highest level since the survey began.

The percentage of Chinese who have an unfavourable impression of Japan stood at 86.8 percent, an improvement on 92.8 percent last year.

“The most common reason for the unfavourable impression of China among the Japanese public was ‘China’s actions are incompatible with international rules’ at 55.1 percent,” the organisers of the survey said.

That was closely followed by ‘China’s actions to secure resources, energy and food look selfish’ at 52.8 percent.

The third most commonly given reason was ‘criticism of Japan over historical issues’ at 52.2 percent, while ‘continuous confrontation over the Senkaku islands’ came fourth place at 50.4 percent, it said.

“On the other hand, ‘The Diaoyu/Senkaku islands’ (64.0 percent) and ‘historical understanding’ (59.6 percent) were the two prominent reasons for the unfavourable impression of Japan among the Chinese public,” it said.

Ties have been particularly bad since late 2012 when Japan nationalised the Senkakus, a move it says was a mere administrative change, but which China says was a provocation.