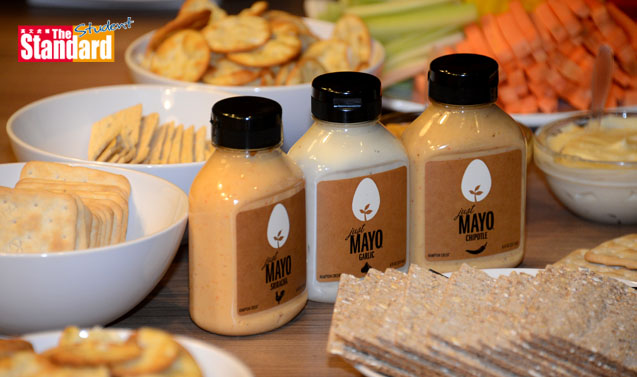 MEAT consumption worldwide has doubled in the last 20 years and it is expected to double again by 2050, according to a statistic quoted by Bill Gates.

The Microsoft Corporation founder and investor noticed that our planet cannot sustain the current rate of growth in the animal-based food industry for too much longer if meat consumption continues to increase at the same rate, because conventional meat production has a substantial impact on the environment.

REARING livestock takes a great deal of land and water and it causes pollution both directly and indirectly. The excrement produced is toxic and it kills fish when it flows into lakes or the sea. Some fertilisers that farmers spray on their land also pollute groundwater. Cattle produce greenhouse gases, such as methane and carbon dioxide, which eventually leads to climate problems. Higher consumption of meat means a greater demand for domestic livestock and in turn more livestock have to be kept and slaughtered.

Apart from the environmental problem, a diet high in meat is not completely good for human health. There are many observational studies showing that red meat consumption is associated with an increased risk of cancer such as colorectal cancer.

HOWEVER, it is unrealistic to ask everyone to become vegetarian. Therefore, if we want to save our planet, it is not about giving up meat completely, but providing consumers with a wider range of alternatives.

With this in mind, Gates has invested in a few food innovations companies that he sees as leaders in the food revolution. The companies – Hampton Creek, Beyond Meat and Nu-Tek - are described as ‘the future of food’.

The three companies all produce organic and plant-based food. It means the products are produced without the use of chemical fertilisers, pesticides or other artificial chemicals. They are also non-genetically modified (GM), a technology that insert a specific gene to plants to make it resistant to extreme weather, diseases and insects, so consumers do not have to worry about the potential risk and side effects that GM foods may pose on human health.

In these years, food scientists have been working hard to create healthy plant-based alternatives that taste just like eggs and chicken. The following are some examples.

Hampton Creek has created a plant-based mayonnaise called Just Mayo. The product is verified by the Non-GMO Project and it is mainly made of non-GMO expeller pressed canola oil. The product, which is made without eggs, is thick, creamy and easily spreadable just like traditional mayonnaise. The difference is Just Mayo is a lot healthier because it does not contain cholesterol that causes damage to our heart.

Another product, Just Cookies, is also made with nothing artificial. It is dairy-free, cholesterol-free and yet, it is affordable and delicious.

Beyond meat looks like chicken, feels like chicken, and tastes like chicken, but it is actually vegan meat. The product is not grainy, it is not too soft, nor too firm. Currently, Beyond Meat offers chicken-free strips in three flavours – lightly seasoned, grilled, and southwest. The strips are gluten-free, and are made primarily of non-GMO soya, pea protein, amaranth, carrot fibre and spices.

Nu-Tek has created a new salt substitute called Salt for Life that it says has 70 percent less sodium than regular salt. Unlike sodium salt, Salt for Life is sourced from the Dead Sea between Israel and Jordan and it is made from the single-crystal process that mixes potassium chloride with citric acid to form a single crystal that has a consistent taste.

The potassium salt tastes the same as sodium salt and it can be used in the same way and in the amounts as regular salt. The only difference is that it is much healthier as every one-fourth of a teaspoon of Salt for Life only contains 140mg of sodium while the same amount of regular table salt contains almost 600mg of sodium.