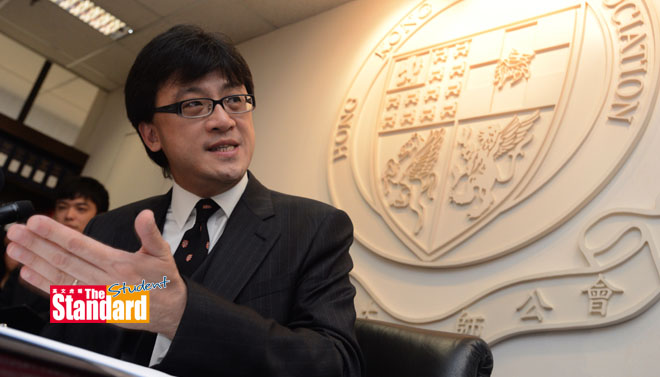 The association said Article 45 of the mini-constitution has clearly ruled out the nominating committee – which will put candidates out for the 2017 chief executive election – being formed by the whole of the electorate or each and every registered voter.

The bar also disagreed with suggestions that several forms of nomination other than by a broadly representative committee in accordance with democratic procedures are permissible.

“Such a suggestion involves a misapplication of the common law principle that ‘everything is permitted except what is expressly forbidden’ outside of its proper context,” the HKBA stated in a document submitted for the political reform consultation.

But the association said neither the rules in respect of the nominating committee and of its work, nor the committee itself, may sanction the use of or apply political or other opinion as a ground for depriving anyone of the right to stand for election.

“These rules must in practice and substance ensure that the persons entitled to vote shall have a free choice of candidates,” it stated.

“love country, love Hong Kong” is highly questionable as a matter of law.
It said corporate voting should be abolished.

It also opposed limiting the number of candidates running in the 2017 election.

“At a legal point, neither civil nomination or nomination by political parties would comply with Article 45,” Yuen said.

Secretary for Constitutional and Mainland Affairs (政制及內地事務局局長) Raymond Tam Chi-yuen (譚志源) described the document submitted by the association as “weighty”.

Separatists get...
THE director of Beijing’s lia...