Trump defends use of drug 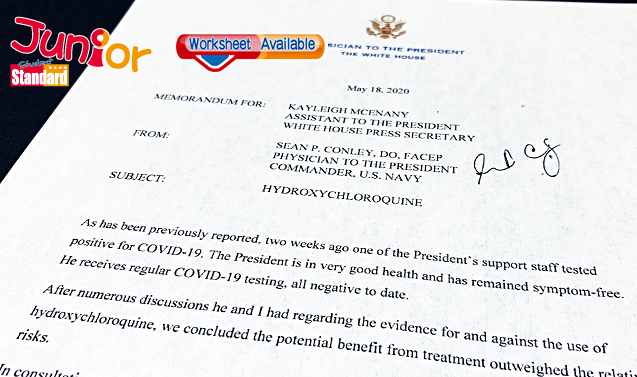 PRESIDENT Donald Trump emphatically defended himself against criticism from medical experts that his announced use of a malaria drug against the coronavirus could spark wide misuse of the unproven treatment with potentially fatal side effects.

Trump’s earlier revelation that he was taking hydroxychloroquine caught many in his administration by surprise and set off an urgent effort by officials to justify his action.

But their attempt to address the concerns of health professionals was undercut by the president himself.

He asserted without evidence that a study raising alarm about the drug was an “enemy statement,” even as his own government warned that the drug should be administered for Covid-19 only in a hospital or research setting.

Trump decided to take hydroxychloroquine after two White House staffers tested positive for Covid-19, but he already had spent months promoting the drug as a potential cure or preventive despite the cautionary advice of many of his administration’s top medical professionals.

The drug has the potential to cause significant side effects in some patients and has not been shown to combat the virus.

“This is an individual decision to make,” Trump said, “But it’s had a great reputation.”

Many studies are testing hydroxychloroquine for preventing or limiting coronavirus-related illness but “at this point in time there’s absolutely no evidence that this strategy works,” said Carlos del Rio, an infectious disease specialist.

“My concern is, the president has a big bully pulpit ... maybe people will think there’s some non-public evidence that the drug works because Trump has chosen to use it,” del Rio said.

“It creates this conspiracy theory that something works and they’re not telling me about it yet.”

(This article is published on Junior Standard on 27 May 2020)