Parent fined for US college bribe 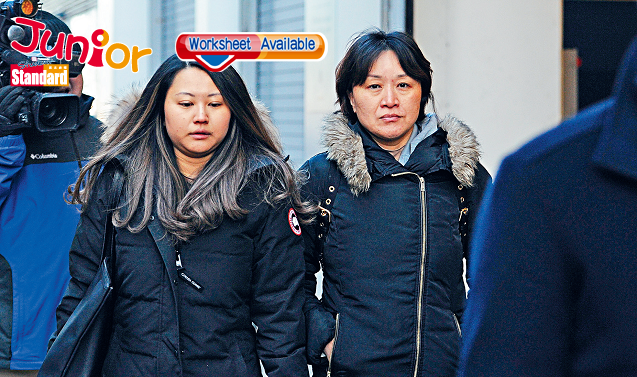 Sui Xiaoning, age 48, appeared before a federal judge in Boston (波士頓) via a Zoom video-conference, in the second sentencing to take place remotely because of the coronavirus pandemic, regarding the US college admissions scandal

Sui pleaded guilty in February to federal programmes bribery under a plea agreement that would spare her from further time in prison after she spent five months in jail in Spain (西班牙), where she was arrested in September while travelling in Europe (歐洲).

Prosecutors said the five months were comparable to the sentences imposed on other parents charged in the scandal. Sui’s lawyer argued his client was “deeply regretful” and had been punished enough.

While Judge Douglas Woodlock agreed Sui had spent enough time in prison, he said she deserved the maximum fine possible.

Sui is among 53 people charged with participating in a scheme in which wealthy parents conspired with a California(加州) college admissions consultant to use bribery and other forms of fraud to secure the admission of their children to top schools.

The consultant pleaded guilty last year. The 36 parents charged since March 2019 include US television star Lori Loughlin, who is fighting the charges.

(This article is published on Junior Standard on 26 May 2020)

A year after the college admissions scandal
bit.ly/3cYRv2J