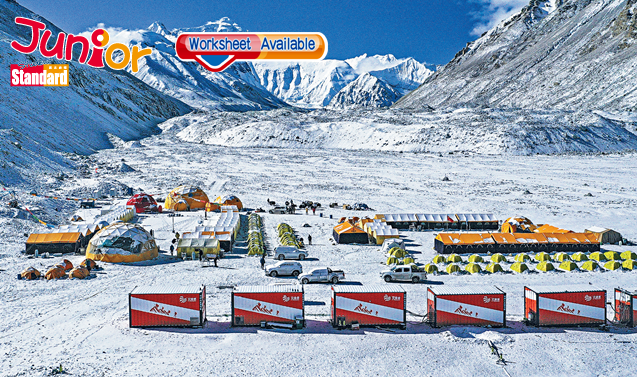 A CHINESE government-backed team plans to summit Mount Everest (額菲爾士峰) at a time when the world’s tallest peak has been closed to commercial climbers.

Bad weather forced the team charged with measuring the mountain’s current height to return to base camp, but they have since taken up their former position, the official Xinhua News Agency (新華社) reported.

As long as the weather holds, the team expects to reach the summit in the morning on 22 May.

Everest straddles the border of China and Nepal (尼泊爾) and both countries cancelled spring climbing to prevent the coronavirus from spreading among expedition teams that typically live for weeks in tightly packed camps at high altitudes with little access to emergency medical help.

China’s network of Beidou (北斗) satellites, a rival to the US’s Global Positioning System, is being used to survey the mountain’s current height and natural resources.

Data on snow depth, weather and wind speed is also being measured to monitor the deterioration of glaciers and other ecological impacts of climate change.

China has also taken advantage of the lack of climbers to collect rubbish from Everest and other popular climbing peaks.

Last year, too many climbers formed long lines at the summit and some died from lack of oxygen. A total of 876 people climbed the peak in 2019. But too few climbers this year has left guides without income.

(This article is published on Junior Standard on 25 May 2020)

Chaos at the top of the world
bit.ly/3e19ENs