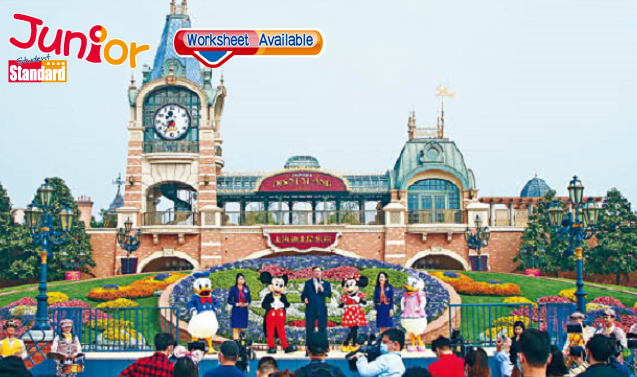 VISITORS in face masks streamed into Shanghai Disneyland as the theme park reopened on 11 May in a high-profile step toward reviving tourism that was shut down by the coronavirus pandemic.

The House of Mouse’s experience in Shanghai (上海), the first of its parks to reopen, foreshadows hurdles global entertainment industries might face. Disney is limiting visitor numbers, requiring masks and checking for fevers.

China, where the pandemic began in December, was the first country to reopen factories and other businesses after declaring the disease under control in March even as infections rise and controls are tightened in other countries.

“We hope that today’s reopening serves as a beacon of light across the globe, providing hope and inspiration to everyone,” the president of Shanghai Disney Resort, Joe Schott, told reporters.

Tourism has been hit especially hard by controls imposed worldwide that shut down airline and cruise ship travel, theme parks and cinemas. Disney blamed a 91 percent plunge in its latest quarterly profit on US$1.4 billion (HK$10.92 billion) lost in virus-related costs.

Shanghai Disneyland and Disney’s park in Hong Kong closed on 25 January as China isolated cities with 60 million people to try to contain the outbreak. Tokyo (東京) Disneyland closed the following month and so did parks in the United States (美國) and Europe (歐洲) in March.

Disney is opening its Shanghai park cautiously as it evaluates reopening others around the world. What the company learns in Shanghai could become a guide.

(This article is published on Junior Standard on 20 May 2020)

The global travel industry may not recover for years
cnn.it/2Lq6WEP