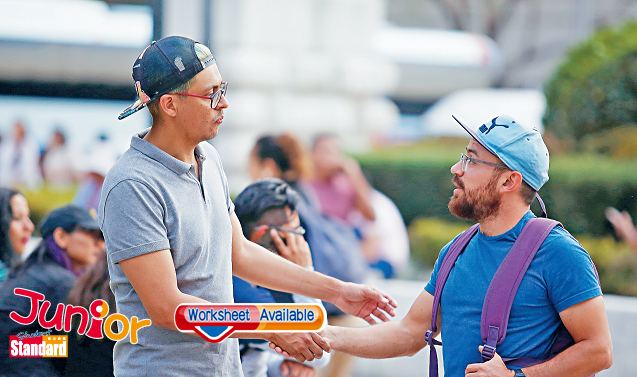 IT started centuries ago as a symbol of peace, a gesture to prove you were not holding a weapon.

Over time it became part of almost every social, religious, professional, business and sporting exchange, a way for humans to signal one another, and part of the ritual of seeking common ground.

But the new coronavirus has forced a rethink of the handshake. No matter how friendly, it is an exchange of potentially infectious microorganisms.

“Hands are like a busy intersection, constantly connecting our microbiome to the microbiomes of other people, places, and things,” a group of scientists wrote in the Journal of Dermatological Science. Hands, they said, are the “critical vector” for transmitting microorganisms, including viruses.

The human hand is fecund. We have hundreds of species of bacteria and viruses on our palms, including Salmonella, E coli, norovirus and respiratory infections like adenovirus and hand-foot-mouth disease.

Given how frequently scientists find faeces on fingers and palms, our hygiene habits are far less fastidious than we think.

A microbiologist said every time we touch a surface, we may be picking up 50 percent of the organisms on that surface.

But if it is no longer automatically acceptable, what will replace the handshake as a fixture of post-coronavirus social etiquette? A fist or elbow bump? Maybe a traditional Japanese bow or hat doff? How about Spock’s Vulcan salute from Star Trek?

But handshakes are a hard habit to break, even if we want to.

(This article is published on Junior Standard on 12 May 2020)

The history of the handshake
bit.ly/2WtMqZ8

Will Covid-19 end the handshake?
bbc.in/2Yy10Bs