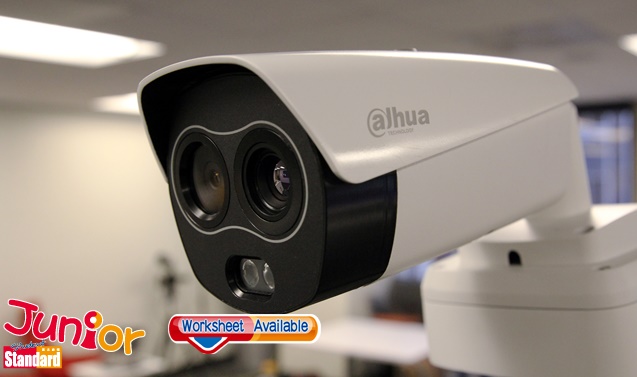 US business Amazon.com Inc has bought thermal cameras to take the temperatures of workers during the coronavirus pandemic from a Chinese firm blacklisted by the United States for allegedly helping China detain and monitor the Uighurs (維吾爾) and other Muslim minorities.

China’s Zhejiang Dahua Technology (浙江大華技術) – the blacklisted firm – shipped 1,500 cameras to Amazon this month in a deal valued close to US$10 million (HK$78 million), at least 500 of which are for Amazon’s use in the US.

The Amazon procurement is legal because the rules control US government contract awards and exports to blacklisted firms, but not sales to the private sector, but the US government recommends that companies proceed with caution concerning blacklisted companies.

Dahua has disputed the designation, and Beijing has denied mistreatment of the minority groups.

But the US Food and Drug Administration has warned of a shortage of temperature-reading devices and said it would not halt certain uses of thermal cameras that lack the agency’s regulatory approval.

Top US-based maker FLIR Systems Inc has faced an up to weeks-long order backlog, forcing it to prioritise products for hospitals and other critical facilities.

Amazon declined to confirm its purchase from Dahua, but said its hardware complied with national, state and local law.

It also said that its temperature checks were to “support the health and safety of our employees, who continue to provide a critical service in our communities”.

Congressman Michael McCaul said, “It’s troubling to learn that well-known American companies are continuing to turn a blind eye to companies that are fuelling the Chinese Communist Party’s brutal treatment of so many of their own people.”

(This article is published on Junior Standard on 11 May 2020)

US bullies China, other countries with hegemonic tactics
bit.ly/3ddieIr