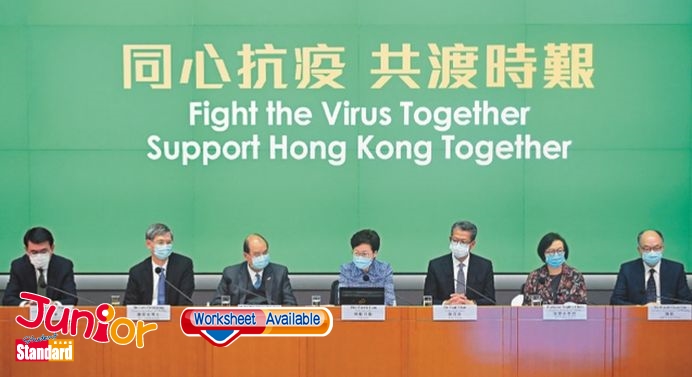 ABOUT 1.5 million workers will have half their wages – capped at HK$9,000 a month – paid for by the government in a HK$137.5 billion package intended to keep jobs and businesses going amid the Covid-19 pandemic.

Together with the first round of funds, at HK$30 billion, and the HK$120 billion worth of measures announced in the February Budget, the government will spend a total of HK$287.5 billion to help the city ride out the crisis.

This will account for 10 percent of the GDP. The budget deficit will be increased to HK$276.6 billion next year, from HK$139.1 billion, accounting for 9.5 percent of GDP.

The measures rolled out on 8 April include an HK$80 billion employment support scheme for 1.5 million Mandatory Provident Fund (MPF, 強制性公積金) contributors, which will see the government paying as much as half of workers’ salaries for six months, up to HK$9,000 a month, or half of the city’s 2019 median monthly wage of HK$18,000.

But the government, statutory bodies and organisations funded by government will be exempted from the scheme.

Employers cannot use the money to pay rent.

(This article is published on Junior Standard on 21 April 2020)