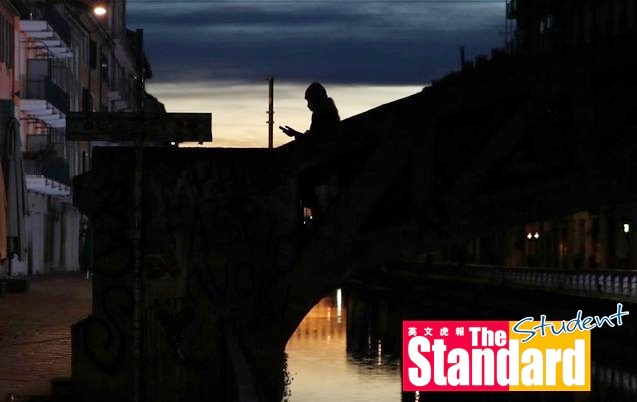 SEVERAL European nations are evaluating powerful but potentially intrusive tools for fighting the coronavirus pandemic, a move that could put public health at odds with individual privacy.

The tools in question are apps that would use real-time phone-location data to track the movements of virus carriers and the people they come in contact with. The aim would be to develop a better sense of where infections are flaring up, how they are spreading and when health authorities need to order quarantines and related measures to limit the spread of Covid-19.

Britain, Germany (德國) and Italy (意大利) are among the nations considering the enlistment of individual location data in the fight against the virus. That worries privacy advocates, who fear such ubiquitous surveillance could be abused in the absence of careful oversight, with potentially dire consequences for civil liberties.

“These are testing times, but they do not call for untested new technologies,” a group of mostly British activists said in an open letter on 23 March to the country’s National Health Service. The letter noted that such measures could put human rights at risk and may not work.

Unless the data in question can be effectively anonymised, the new tools would mark a substantial departure from existing European disease-surveillance efforts, which have focused on tracking people’s movements with aggregated phone location data designed not to identify individuals. Italian police also began mobilising drones on 23 March to enforce restrictions on citizens’ movements.

But there is a powerful argument in favour of more thorough digital tools, even if they shred privacy: They have been used by several of the Asian governments most successful at containing the pandemic, including China, Taiwan, Hong Kong, South Korea (南韓) and Singapore (新加坡).

In mid-March, Israel (以色列) took the most extreme step yet by charging its Shin Bet domestic security agency with using smartphone location data to track the movements of virus carriers in the prior two weeks, using historical data to identify possible transmission. Epidemiologists call this process ‘contact tracing’, although traditionally it involves questioning newly diagnosed individuals about their contacts with others.

So far, there is no indication the US government plans to track identifiable individuals for disease surveillance. A spokesperson for the White House Office of Science and Technology Policy said it was not currently working on such an app. The Centres for Disease Control and Prevention did not immediately respond to questions from The Associated Press.

The White House has reached out to Big Tech companies for help against the worst pandemic in a century, but Google and Facebook both said they are not sharing people’s location data with governments.

China gets toug...
A MAINLAND scientist who claim...

No co-location ...
IMMIGRATION at the Hong Kong-Z...