US journalists booted out of HK 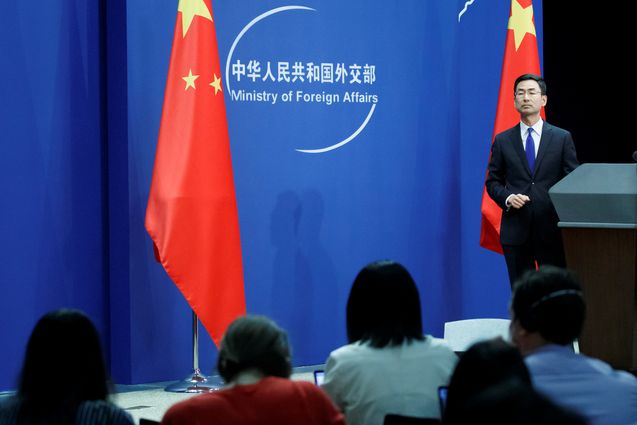 CHINA defended its decision to expel American journalists from three US newspapers and bar them from working in Hong Kong again, saying the measure falls within the central government’s purview over diplomatic affairs.

Chinese foreign ministry spokesman Geng Shuang (耿爽) also warned that China would be compelled to take further action against American media and journalists in China if the United States did not “correct its mistakes”.

On 18 March, Beijing announced the expulsion of the journalists as retaliation for US actions against Chinese media organisations, sharply escalating a tit for-tat between Beijing (北京) and Washington (華盛頓) over press freedom.

The decision, which comes amid an increasingly bitter rivalry between the United States and China, also raised questions about Hong Kong’s autonomy under a ‘one country, two systems’ agreement.

But under Hong Kong’s Basic Law (基本法), Beijing is ultimately responsible for foreign affairs and defence in Hong Kong.

Geng said the expulsions were in response to US actions and that the decision to oust the journalists, and block them from Hong Kong, fell under Beijing’s diplomatic authority.

China said it would expel US correspondents with the New York Times, News Corp’s Wall Street Journal and the Washington Post.

(This article is published on Junior Standard on 26 March 2020)