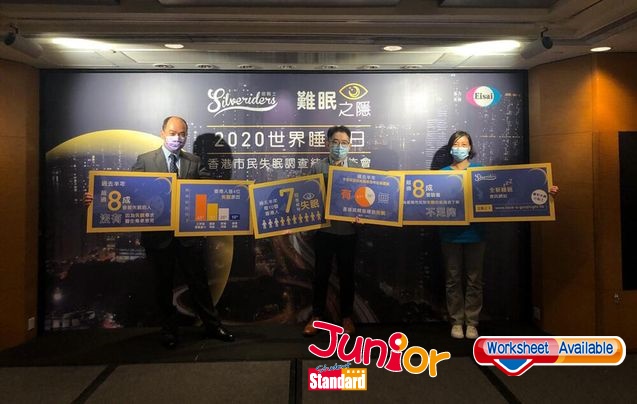 ABOUT 40 percent of citizens suffer from insomnia due to the social unrest and coronavirus outbreak, according to a survey done in Hong Kong.

The random telephone survey found that 68 percent suffer from insomnia. Of these, 60 percent said they were affected by the unrest and the coronavirus outbreak.

The researchers said the two issues were the most recent ones that might affect people’s sleeping habits.

Sleep deprivation is quite common in Hong Kong. And about two out of five say that it is caused by pressure at work and school, followed by health, family and emotions.

“Insomnia is a common phenomenon,”said psychiatry specialist Victor Lui Wing-cheong (雷永昌).“Suffering from insomnia in the long term will increase the risk of mood disorders, alcohol or medical abuse, and cardiovascular disease.”

Twenty-eight percent found that health issues caused them to suffer from insomnia, especially women and those aged 60 and older. Among those who suffered from insomnia, more than 80 percent had never taken sleeping pills or sought help from doctors.

Lui said people should consult a doctor if they suffer from sleep problems three times a week for a month and if their lifestyle has been disturbed.

(This article is published on Junior Standard on 19 March 2020)