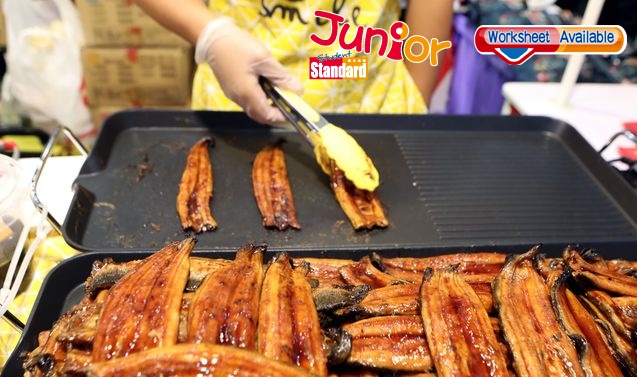 The Division of Ecology and Biodiversity of the University of Hong Kong said the eel products contained European eel, a critically endangered species at risk of extinction.

Due to overexploitation to satisfy the growing demand from mainland China, as well as rising ocean temperatures, parasites and dammed rivers, glass eels are caught while swimming upstream in Europe and North Africa (北非), and smuggled to Asia to breed for resale when mature, the HKU team said.

Since captive breeding of eels has not been economically viable, wild glass eels are caught and delivered to eel farms.

The trade in European eels and their food product derivatives is currently regulated by the Convention for the International Trade of Endangered Species.

The research team said the trade in Japanese and American eels – two more common species – is not regulated and does not need a permit, meaning the “endangered European eels can be laundered among their legally traded relatives”.

“The international trade in glass eels is incredibly lucrative. One kilogram of glass eels can contain up to 3,500 individuals and has been recorded selling for over HK$50,000 on the black market,” the team said.

Florian Stein, director of scientific operations at Sustainable Eel Group, said the illegal export of glass eels was “one of the world’s greatest wildlife crimes”.

(This article is published on Junior Standard on 17 March 2020)

Why the once common European eel is now critically endangered

Deadly appetite: 10 animals we are eating into extinction