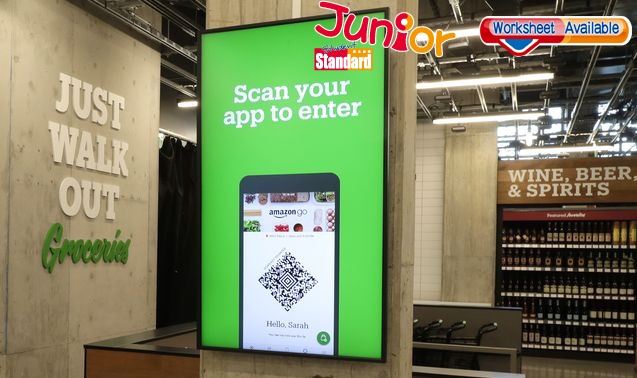 ONE company wants to kill the supermarket checkout line.

Amazon, the online retailing giant, opened its first cashier-less supermarket, where shoppers can grab milk or eggs and walk out without waiting in line or ever opening their wallets.

At the new store, which opened on 25 February in Amazon’s hometown of Seattle (西雅圖), shoppers scan a smartphone app to enter the store. Cameras and sensors track what is taken off shelves. Items are charged to an Amazon account after leaving.

Families can shop together, with just one phone scanning everyone in. Anything they grab and leave the store with will be added to the tab of the person who signed them in.

Other retailers and startups are racing to bring similar cashier-less technology to stores.

But cashier-less stores have come under scrutiny from lawmakers and advocates who say they discriminate against low-income people who may not have a credit card or bank account.

Amazon has since let customers pay with cash at its convenience stores, and the company said shoppers can do the same at the grocery store by alerting a worker to let them in through the turnstile.

(This article is published on Junior Standard on 4 March 2020)

As cashless stores grow, so does the backlash – AP