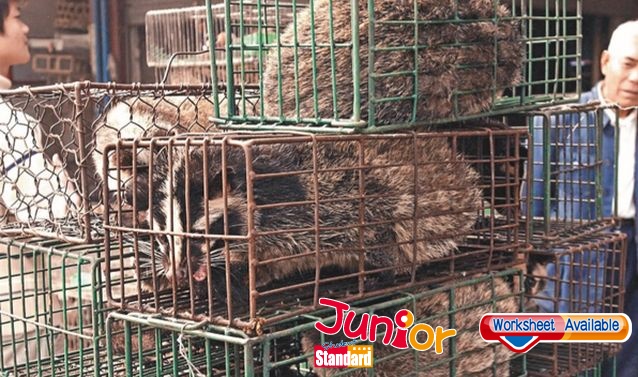 BEIJING’S top legislative committee announced an immediate and permanent ban on the consumption of wild animals, which has been reported as a possible source of the novel coronavirus.

The Standing Committee of the National People’s Congress (NPC) approved “prohibiting the illegal wildlife trade, abolishing the bad habit of over-consumption of wildlife and effectively protecting the lives and health of the people”.

Previously, Beijing ordered a temporary ban “until the national epidemic situation is over”.

China already has laws against the wildlife trade, but conservationists say they are full of loopholes and that enforcement is sporadic or lax.

State broadcaster CCTV earlier reported that the coronavirus epidemic highlighted “the prominent problem of excessive consumption of wild animals, and the huge hidden dangers to public health and safety”.

The exact source of the coronavirus remains unconfirmed, with scientists positing that it originated from bats, pangolins or some other wild animals.

The committee also decided to postpone this year’s NPC annual plenary session, originally planned for 5 March, which will delay any legal measures on the wildlife trade. As a result, the Standing Committee issued a full ban until final legislation can be passed, CCTV reported.

(This article is published on Junior Standard on 3 March 2020)

Lack of sleep u...
SLEEP deprivation could cause ...