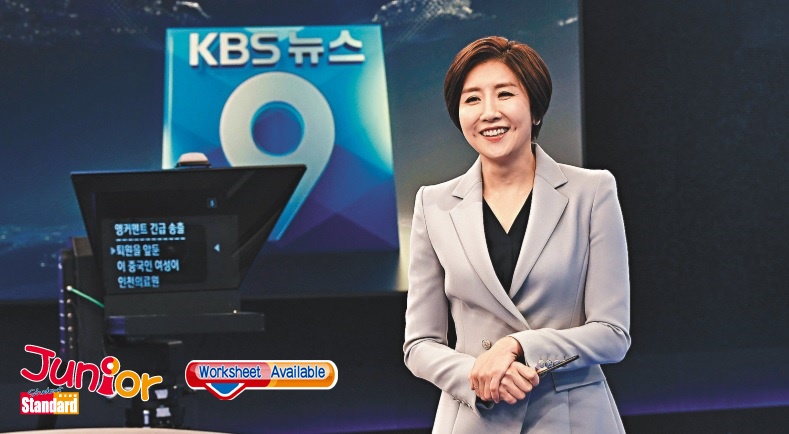 Five times a week, she is beamed into living rooms across the country to lead the ‘News 9’ bulletin, after she broke into a decades-old boys’ club in a society that is technologically and economically advanced, but still culturally male-dominated.

Some of these women juniors go on to marry into the billionaire families who own South Korea’s chaebol conglomerates, rather than continue their careers.

Lee’s appointment at state-funded KBS–the Korean Broadcasting System (韓國放送公社) –upended that model. At 43 years, she even has a younger male sidekick of her own.

Female newsreaders used to be like‘pretty flowers’, Lee said. But she had greater ambitions, wanting to transform KBS’s conservative style and capture younger audiences turned off by broadcasts that tended to “rather lecture the viewers”.

But Lee feels great responsibility and burden to be a trailblazer, knowing – however unfairly – she cannot afford a single mistake. “If I fail in this, it could disgrace other women reporters as a whole,” she said. “I have to do well so that other female reporters could have more opportunities.”

(This article is published on Junior Standard on 26 February 2020)

China has developed a virtual anchor to deliver the news