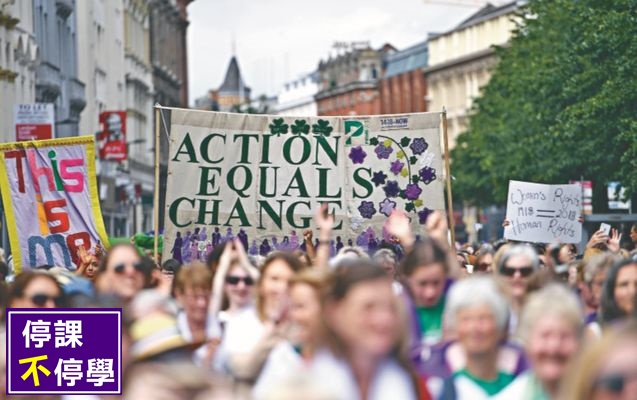 On 4 June 1913 a woman called Emily Davison went to a horse race, threw herself under the king’s horse and later died from her injuries. A note which said ‘Votes for women’ was found in her pocket. All her life, Emily had been fighting for women’s rights. She was a ‘suffragette’, part of a group of women who started working together in 1903 to ask for equal rights for women. When Emily was young, she and all the other women in the UK were not allowed to vote, go to university or work in the same jobs as men. In the event of a divorce, the husband took the children. Sometimes, in poor villages, wives were sold in the market.

The suffragettes wanted to change all this. More than a thousand were arrested, but they did not stop. They went on hunger strike in prison and many were given food by force. In 1928, women in the UK ﬁ nally got the right to vote and then more and more women started to go to university and get jobs. In 1952, female teachers were given the right to earn the same money as male teachers. Many things have improved since the suffragettes’ time, but many people say that men and women are still not equal in society. For example, even now in the UK, men earn 20 per cent more than women for the same work. If you are a male manager, your chance of being promoted is 40 per cent higher than a female manager’s. That’s why many people are still fighting for equal rights for women in the UK.