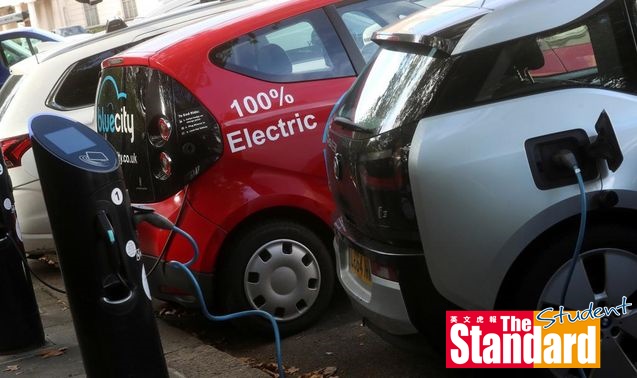 BRITAIN will ban the sale of new petrol, diesel and hybrid cars from 2035, five years earlier than planned, in an attempt to reduce air pollution that could herald the end of over a century of reliance on the internal combustion engine.

The step amounts to a victory for electric cars that if copied globally could hit the wealth of oil producers, as well as transform the car industry and one of the icons of 20th century capitalism: the automobile itself.

Prime Minister Boris Johnson is seeking to use the announcement to elevate the United Kingdom’s environmental credentials after he sacked the head of a Glasgow UN Climate Change Conference planned for November known as COP26.

“We have to deal with our CO2 emissions,” Johnson said at a launch event for COP26 at London’s Science Museum on 4 February. “As a country and as a society, as a planet, as a species, we must now act.”

The government said that, subject to consultation, it would end the sale of new petrol, diesel and hybrid cars and vans in 2035, or earlier if a faster transition was possible.

Countries and cities around the world have announced plans to crack down on diesel vehicles following the 2015 Volkswagen emissions scandal and the EU is introducing tougher carbon dioxide rules.

The mayors of Paris, Madrid, Mexico City and Athens have said they plan to ban diesel vehicles from city centres by 2025. France (法國) is preparing to ban the sale of fossil fuelpowered cars by 2040.

While demand for electric vehicles has surged in Britain, Europe’s second-largest market for new vehicles, diesel and petrol models still accounts for 90 percent of sales. Prospective buyers of greener models are worried about the limited availability of charging points, the range of certain models and the cost.

The government said last year it was providing an extra 2.5 million pounds (HK$25.3 million) to fund the installation of more than 1,000 new charge points for electric vehicles on residential streets.

While some automakers may find it hard to countenance the end of the combustion engine, others have embraced a future in which electric vehicles prevail.

Ford, Volkswagen and Vauxhall are Britain’s biggest-selling car manufacturers, according to the Society of Motor Manufacturers and Traders. Tesla, Mitsubishi and BMW produce the top three selling electric cars in Britain.

Although the ban will not come into force for another 15 years, the change will affect decision-making sooner as carmakers decide on investments long before a vehicle first rolls off a production line with a model life cycle lasting around seven years.

The ban poses a threat to German (德國的) jobs as Britain is the biggest export market for its car manufacturers.

History in the ...
THE first round of consultatio...