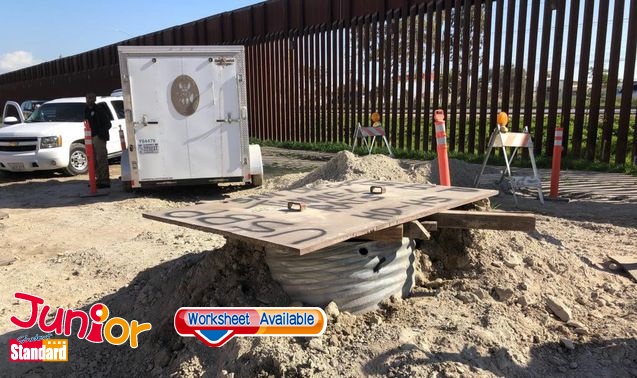 US authorities announced the discovery of the longest smuggling tunnel ever found on the country’s southwest border, stretching more than 1,300 metres from an industrial site in Tijuana, Mexico (墨西哥), to the San Diego (聖地牙哥) area.

While there were no arrests, no drugs found at the site and no confirmed exit point in the US, the length – more than 14 football fields – stunned authorities.

“This one blows past [the second-longest],” said Lance LeNoir, a Border Patrol operations supervisor. “We never really thought they had the moxie to go that far. They continue to surprise me.”

The tunnel exposes limitations of President Donald Trump’s border wall, which stretches several metres underground in the area and is considered effective against small, crudely built tunnels often called ‘gopher holes’. The latest one was found about 21 metres underground, well below the wall.

Following the discovery in August, Mexican law enforcement identified the entrance and US investigators mapped the tunnel that extends a total of 1,313 metres.

Authorities did not say who they believe is behind the tunnel but the area has been a stronghold of Mexico’s Sinaloa cartel, whose leader, Joaquin “El Chapo” Guzman, was sentenced to life in US prison in July.

(This article is published on Junior Standard on 20 February 2020)

Drug smuggling and the endless battle to stop it