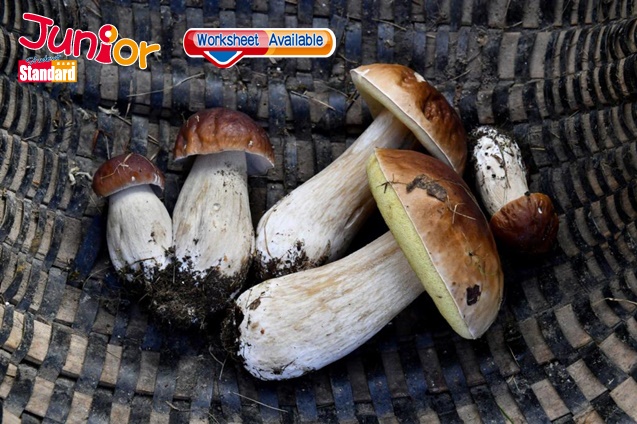 A FRENCH (法國的) court handed suspended 500-euro (HK$4,280) fines to two Romanians (羅馬尼亞人) who organised a massive harvest of prized wild mushrooms from a forest where authorities have strictly limited how much a person can gather.

The two suspects, aged 22 and 60, had already admitted to leading a group of around 40 fellow Romanians last October who carried out the hunt in the eastern region of Haute-Saone, netting 266 kilograms of ceps, also known as porcini or king bolete mushrooms.

The expensive fungi, which can be harvested just a few weeks every year, are a favourite of gourmet food fans in France (法國) and beyond.

In the Haute-Saone region only five kilos per person can be gathered in the wild, a limit that aims to ensure sustainable harvests year after year, and anyone caught with more than 10 kilos can face prosecution.

The Romanian organisers paid the pickers three euros ($3.30) a kilo for a delicacy that can fetch 30 euros or more at market stalls during the autumn season.

Prosecutors, who had sought suspended threemonth prison terms for both suspects, later said they would appeal a sentence deemed too lenient. The suspects did not appear in court.

But some local officials say the Romanians, including the two suspected organisers, were only the foot-soldiers in a network that intended to sell the bounty to restaurants and other buyers.

(This article is published on Junior Standard on 19 February 2020)

Toxins in our mushrooms?