Royal couple to ‘step back’ 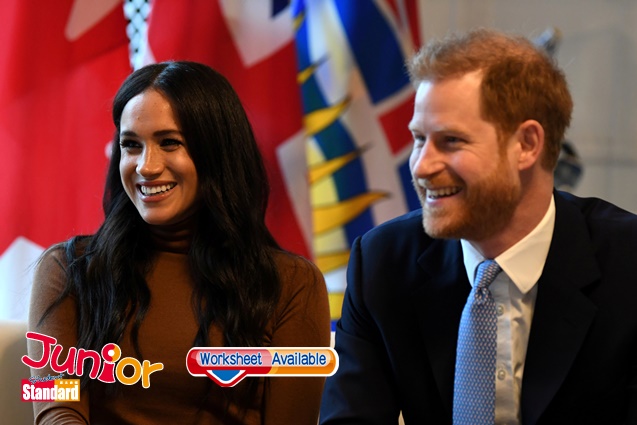 PRINCE Harry and his wife, Meghan, say they plan “to step back” as senior members of Britain’s royal family, a stunning announcement that underscores the couple’s wish to forge a new path for royals in the modern world.

A statement issued by Buckingham Palace (白金漢宮), described as “a personal message from the Duke and Duchess of Sussex”, said Harry and Meghan intend to become “financially independent” and to “balance” their time between the UK and North America.

“After many months of reflection and internal discussions, we have chosen to make a transition this year in starting to carve out a progressive new role within this institution,” the statement said.

“We intend to step back as ‘senior’ members of the royal family and work to become financially independent, while continuing to fully support Her Majesty the Queen.”

Hours later, Buckingham Palace issued a second statement, hinting that the first had caught some in the royal household by surprise, as it says the royal couple’s plan involves “complicated issues that will take time to work through”.

The 35-year-old Harry, the youngest son of Prince Charles and the late Diana, Princess of Wales, is Queen Elizabeth II’s grandson and sixth in line to the throne.

Before marrying the prince in 2018, the 38-year-old Duchess of Sussex was an American actress known as Meghan Markle and a star of the TV show Suits.The couple’s first child, Archie, was born in May 2019.

The couple cited their baby as a reason why they decided to live part of their time outside Britain.

(This article is published on Junior Standard on 16 January 2020)