Kids concerned with their homes 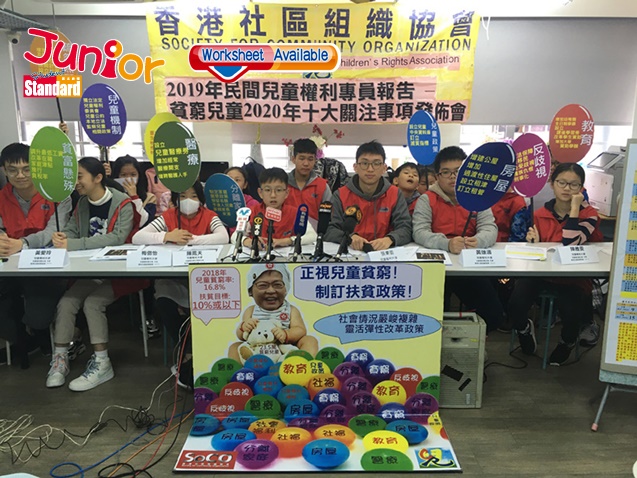 HOUSING remains the top concern of children in poverty, as they gave the government a score of 21 marks last year – lower than 23 marks in 2018, says an annual report by the Society for Community Organisation (Soco, 社區組織協會).

Although it has increased resources in education and social housing, the government failed to bring improvement when it comes to family reunions, discrimination, eradication of poverty and medical services, the organisation said.

“The government scored lower than last year as it did not make any breakthroughs in policies, while also being unable to address deep-rooted confrontations. Waiting times for public housing reach record highs year after year, and policies for medicine, eliminating poverty and anti-discrimination also saw no improvements.”

The report included a survey of 3,000 children that indicated housing policies, for the eighth consecutive year, are what concerns them the most, followed by education resources and social benefits.

Soco said that waiting times for public housing has increased to five years or more, meaning children have to continue living in poor environments.

The group also called on the government to formulate comprehensive policies to alleviate poverty, improve subsidies for working families and relax conditions for public housing allocation.

A Secondary One student who lives with his mother in a subdivided flat in Sham Shui Po (深水埗) said their home does not even have space for a table. They have been waiting for public housing for four years.

(This article is published on Junior Standard on 13 January 2020)