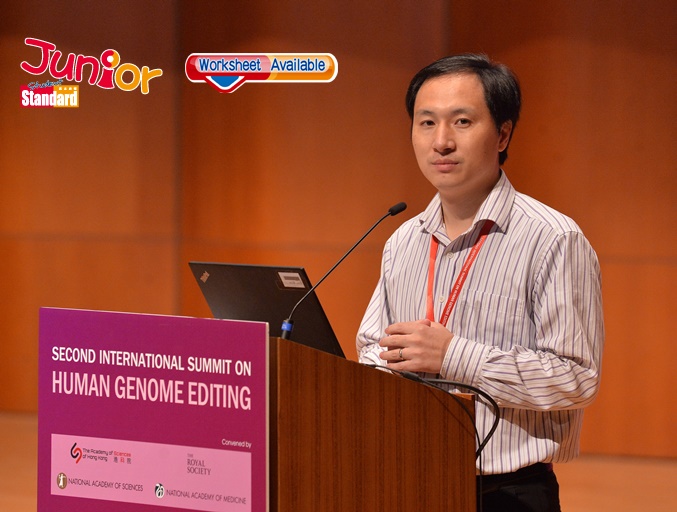 THREE researchers involved in the births of genetically edited babies have been convicted and sentenced for practising medicine illegally,state media said.

The report by Xinhua said lead researcher He Jiankui (賀建奎) has been sentenced to three years in prison and fined 3 million yuan.

Two other people received lesser sentences and fines. Zhang Renli (張仁禮) was sentenced to two years in prison and fined 1 million yuan. Qin Jinzhou (覃金洲) received an 18-month sentence, but with a two-year reprieve, and a 500,000 yuan fine.

He, the lead researcher, shocked the scientific world when he announced in November 2018 that he had helped make the world’s first genetically edited babies, twin girls born in the same month.

The announcement sparked a global debate over the ethics of gene editing. He said he had used a tool called CRISPR to alter a gene in embryos to try to help them resist infection from HIV.

The Xinhua report, citing court documents, said the researchers were involved in the births of three geneedited babies to two women, confirming reports of a third baby.

It also said they had fabricated ethical review documents.

(This article is published on Junior Standard on 8 January 2020)