Macau beats HK in a first 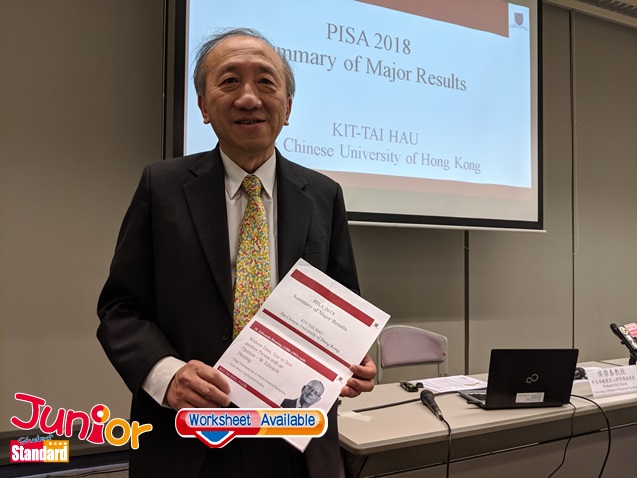 HONG Kong students have been surpassed by those in Macau (澳門) in reading, maths and scientific literacy for the first time, says a key education survey.
The Programme for International Student Assessment 2018 (PISA) was organised by the Organisation for Economic Cooperation and Development (經濟合作與發展組織) and is carried out every three years to assess the mother-tongue reading and mathematical and scientifi c literacy of 15-year-old students.
In reading, Hong Kong fell two places from 2015 to rank fourth among the 79 countries and economies surveyed, with the score dropping three points to 524.
Mainland students across various cities ranked at the top, followed by Singapore (新加坡) and Macau, which climbed nine spots from 12th place.
In maths, Hong Kong’s score was 551, three points higher, but fell two places to rank only fourth. The Mainland, Singapore and Macau also took the top three spots.
In science, the SAR remained ninth, but lost six points to score 517. The Mainland ranked first, followed by Singapore and Macau.
An education expert said the findings are a warning signal to Hong Kong that Macau’s performance has kept improving and that it is time to discuss local education reform.
The Education Bureau (教育局) said such surveys are not their focus, noting that the local students’ performance was significantly higher than the international level.


(This article is published on Junior Standard on 11 December 2019)