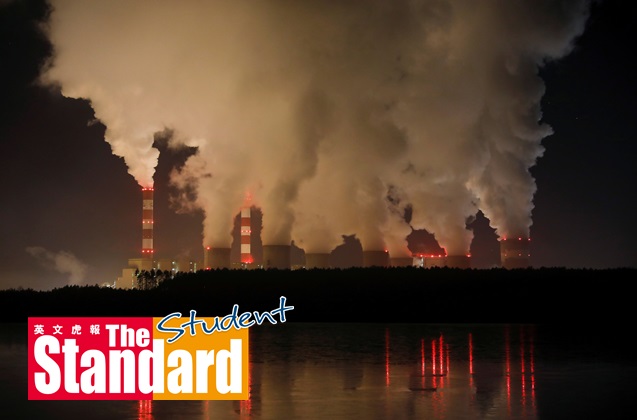 EUROPEAN Union leaders meeting in Brussels (布魯塞爾) next week will push agreements that will leave the bloc with net-zero greenhouse gas emissions by 2050, their draft joint statement showed on 2 December, heralding a bitter fight looming at their gathering.
The 12-13 December summit of the bloc’s national leaders will aim to endorse “the objective of achieving a climate-neutral EU by 2050”, according to the document seen by Reuters.
Previous attempts, however, were blocked by Poland (波蘭), Hungary (匈牙利) and the Czech Republic (捷克), who rely on highly polluting coal. They have previously said they oppose climate neutrality by 2050 for fear cutting greenhouse emissions will stifle their economies.
To convince the reluctant camp, the draft summit conclusions refer to a “just and socially balanced transition”, the European Investment Bank’s announcement to unlock 1 trillion euros (HK$1.6bn) worth of green investment until 2030, the need to ensure energy security, and competitiveness vis-avis foreign powers not pursuing such climate goals.
The draft, prepared in advance of the leaders’ discussions, may still change. But it will eventually need unanimous backing of all EU national leaders for there to be agreement at the summit.
The bloc’s new executive European Commission also aims to push for climate neutrality by mid-century and wants to make the EU’s 2030 climate targets more ambitious.
Current targets envisage cutting the EU’s greenhouse gas emissions by 40 percent by 2030 from 1990 levels. The new Commission, led by Germany’s (德國) Ursula von der Leyen, hopes to raise the goal to at least 50 percent.
The last important climate agreement made was back in 2016, with the signing of the Paris Agreement. It was greatly celebrated at the time, since it more or less made all nations commit to ensuring that the global average temperature stays within two degrees Celsius of pre-Industrial levels.
To achieve that, all countries need to reduce greenhouse gas emissions greatly, though China and the US are the two biggest polluters. However, US president Donald Trump announced not long after his 2016 election his decision to withdraw the US from the Paris Agreement.
Greenhouse gas emissions can be caused by many things, from an automobile’s exhaust to cattle expelling gas. A significant source of carbon emissions – one of the most prevalent greenhouse gases – is the burning of coal for generating energy.
This is why environmentalists have been imploring different countries to switch to renewable energy, not just because coal will one day be used up, but because it is also a major source of polluting greenhouse gases. Leaders urge climate neutrality by 2050