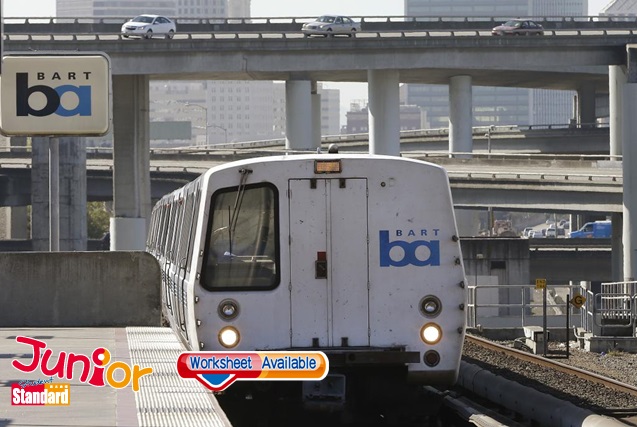 A BLACK man in the US was detained by police and given a citation (fixed penalty notice) for eating a breakfast sandwich on a platform of a San Francisco Bay Area (三藩市灣區) commuter train service.
The incident sparked protests from people who assailed the enforcement of a no-food rule as racist. The head of the transit system has since apologised to the rider. Bay Area Rapid Transit (Bart) officials said an independent auditor is investigating.
The 4 November encounter ended with Steve Foster, age 31, who was headed to work, instead in handcuffs and unable to leave until he had told Bart police his name.
Eating is not allowed in paid portions of stations to maintain cleanliness, but it should not be used to prevent people from getting to work on time, Bart officials said.
A video of the encounter between an unidentified white Bart police officer and Foster is drawing angry rebukes from people who say the police reaction was ridiculous and racist.
Foster said he knew eating was not allowed on trains but did not realise it was banned on platforms where people often drink and eat. When the officer said he could not eat, Foster assumed it was a warning not to get on the train with food and hurried to finish the breakfast sandwich.
Foster said he felt singled out because of his race and plans to challenge the penalty ticket, which calls for him to pay a US$250 (HK$1,957) fine or do 48 hours of community service.

(This article is published on Junior Standard on 26 November 2019)