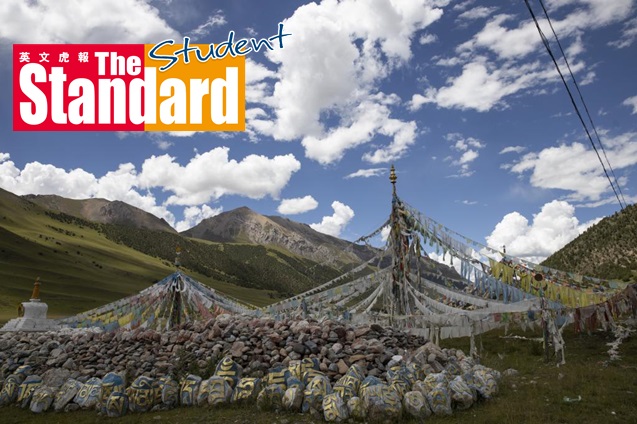 THERE is a building boom on the Tibetan (西藏的) plateau, one of the world’s last remote places. Ringed by the world’s tallest mountain ranges, the region long known as ‘the rooftop of the world’ is now in the crosshairs of China’s latest modernisation push. But there is a difference: This time, the Chinese government wants its own national park system.
In August, policymakers and scientists from China, the US and other countries convened in Xining, the capital of Qinghai (青海) province, to discuss China’s plans to create a unified system with clear standards for limiting development and protecting ecosystems.
Zhu Chunquan, the China representative of the International Union for the Conservation of Nature (IUCN), a Switzerland-based (瑞士) scientific group, notes that the country’s economy has boomed over the past 40 years. But priorities now include conserving the country’s key natural resources.
One of the first pilot parks will be in Qinghai, a vast region in western China abutting Tibet and sharing much of its cultural legacy.
While construction continues at a frenzied pace elsewhere on the Tibetan plateau, the government has already stopped issuing mining and hydropower permits in this region.
But a key question looms over the project: Can China marry the goals of conservation and tourism, while safeguarding the livelihoods and culture of the approximately 128,000 people who live within or near the park’s boundaries, many of them Tibetan?
Yellowstone is widely considered the world’s first national park. After it was created in 1872, the US government forced the Native Americans who lived in the area to resettle outside the park boundaries.
But in developing the national parks, China is giving conservation-related jobs to at least a swath of people living in the Qinghai pilot park – called Sanjiangyuan – who will stay and work on their land. The ‘One Family, One Ranger’ programme hires one person per family for 1,800 yuan a month (HK$2,011) to perform such tasks as collecting trash and monitoring for poaching.
The creation of protected areas is not a new idea in China. In fact, roughly 15 percent of the country’s land already is assigned to a bewildering patchwork of local and regional parks. But many existing reserves are simply parks on paper, run by various agencies without enforceable guidelines. In contrast, the national parks system will incorporate global best practices and new science.
The first parks to be formally incorporated into China’s national park system will showcase the country’s vast and varied landscapes and ecosystems – from the granite and sandstone cliffs of Wuyishan (武夷山) in eastern China to the lush forests of southwestern Sichuan province (四川省), home to giant pandas, to the boreal forests of northeastern China, where endangered Siberian (西伯利亞的) tigers roam.