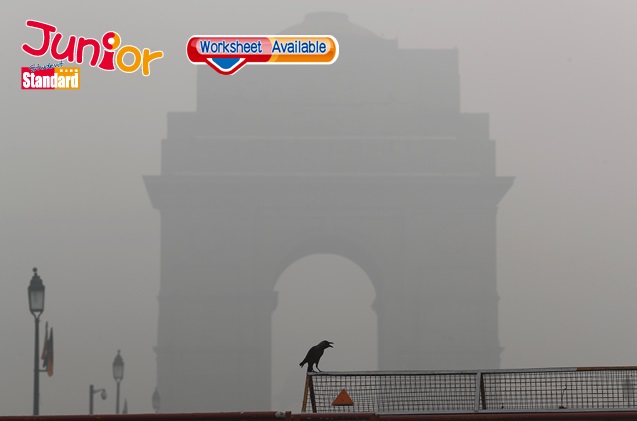 AIR pollution in New Delhi (新德里) and its surrounding towns reached the worst levels so far this year on 2 November, with authorities in the world’s most polluted capital city having already declared a public health emergency and ordered the closure of schools.
The air quality index, which measures levels of PM 2.5, tiny particulate matter in the air, deteriorated to above 900, way over the 500-level that qualifies as ‘severe-plus’.
Aside from the harm it was doing to the lungs of some 40 million people living in the capital region, the smog was so bad more than 30 flights were diverted from Delhi airport due to poor visibility.
Roads looked deserted as large numbers of people stayed home, rather than expose themselves to the noxious atmosphere outside. “Pollution has reached unbearable levels across north India,” Arvind Kejriwal, Delhi’s chief minister said.
A survey of 17,000 people in the Delhi region found that 40 percent want to get out of the region because of the failure to control pollution.
The government environment monitoring agency SAFAR warned that no relief was expected for one or two days. A private weather forecasting agency said, “Wind speed is picking up and it could take 24 to 48 hours before the pollution level reduces to a level of around 500.”
The head of a Delhi-based private consultancy said, “Delhi has turned into a gas chamber as the pollution levels hit the ‘severe+’ category.”

Norway leads in...
ALMOST a third of all new cars...