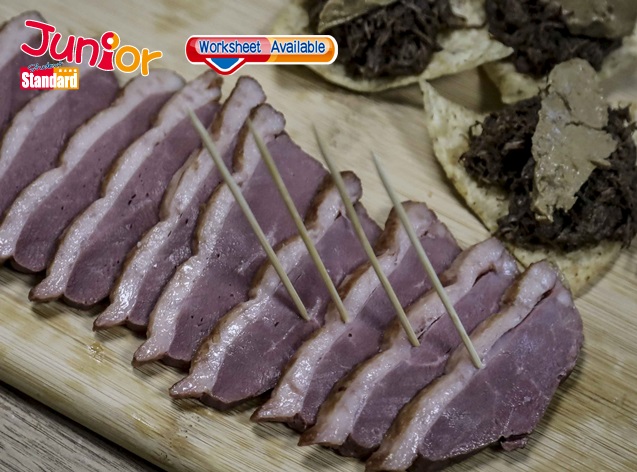 NEW York City (紐約市), often viewed as the fine dining capital of the United States, became the latest US locality to ban the sale of foie gras but the country’s largest foie gras producer vows to fi ght the ban in court.
The city council voted 42-6 on 30 October to “ban the sale or provision of certain force-fed poultry products” beginning in 2022, imposing a fine between US$500 (HK$3,900) and US$2,000 (HK$15,600) for each violation.
“The council is banning a really cruel and inhumane practice,” said Jeremy Unger, spokesman for the council member who introduced the bill.
Foie gras, French (法國的) for ‘fatty liver’, is a delicacy produced from the enlarged livers of ducks and geese that have been force-fed corn.
Animal rights groups contend that the force-feeding process is painful and gruesome. Farmers who raise birds for foie gras defend their practices as humane.
The nation’s largest maker of foie gras, Hudson Valley Foie Gras, which employs 400 people, defended its operation, saying it makes foie gras “in conformity with humane animal management and in compliance with the laws of the state of New York”.
Foie gras bans passed elsewhere in the US have had mixed results. Chicago’s (芝加哥的) 2006 ban was repealed two years later with the then mayor calling it the “silliest ordinance” ever passed in the city.
California’s (加州的) ban took effect in 2012 and remains in effect after the nation’s highest court declined to hear an appeal from foie gras producers.


(This article is published on Junior Standard on 7 November 2019)

What is foie gras, why is it controversial and where is it banned?
http://bit.ly/2WtOe3X