Hong Kong too bright after dark 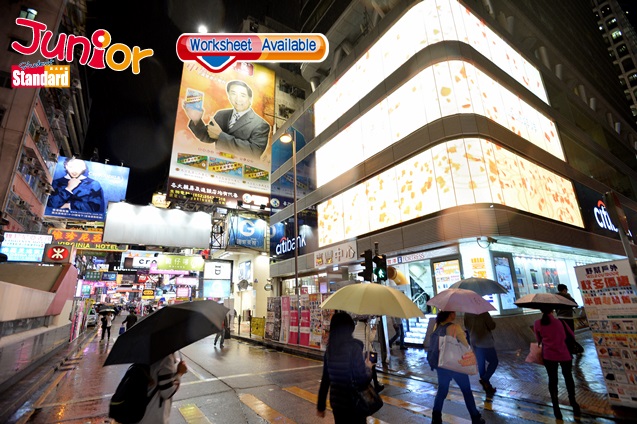 MORE than 22 percent of external lighting on buildings in Mong Kok (旺角) and along Victoria Harbour (維多利亞港) is not switched off at night, a green group has found.
Some companies that have signed the Charter on External Lighting – a pledge to switch off lights from 11pm or midnight to 7am – failed to keep the promise, Green Earth (綠惜地球) said, citing an example of H&M in Mong Kok.
The group conducted two field surveys on Sai Yeung Choi Street South (西洋菜南街), where it received the most complaints of light pollution.
Among the 375 sets of external lighting there, only 163 sets were switched off after 11pm. About 26 percent of the lights were still on after midnight, the group found.
Among the 63 sets of external lighting on buildings along the harbour from Tin Hau (天后) to Sheung Wan (上環), only 40 percent of them were switched off after 11am, while 14 sets of lighting were still on after midnight.
The Environment Bureau (環境局) launched the charter in April 2016 to invite building owners and persons responsible for external lighting installation to switch off any lighting with only decorative, promotional or advertising purposes that affect the outdoor environment from 11pm or midnight to 7am.
About 5,000 companies, schools and nongovernmental organisations have joined voluntarily, and the government said 99 percent of them have kept their promise. There is no penalty for non-compliance.
The group said the government’s numbers did not match the reality.