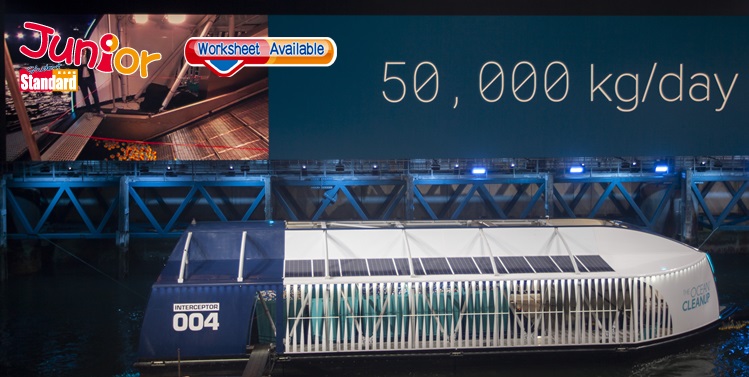 A YOUNG Dutch (荷蘭的) inventor is expanding his efforts to clean up floating plastic from the Pacific Ocean (太平洋) by moving into rivers, too, using a new floating device to catch waste before it reaches the seas.
The 25-year-old university dropout Boyan Slat founded The Ocean Cleanup to develop and deploy a system he invented when he was 18 years old that catches plastic waste floating in the ocean.
He recently unveiled the next step in his fight: A floating solar-powered device that he calls the ‘Interceptor’, which scoops plastic out of rivers as it drifts past.
“We need to close the tap, which means preventing more plastic from reaching the ocean in the first place,” he said, calling rivers “the arteries that carry the trash from land to sea”.
Experts say 9 million tons of plastic waste, including bottles, bags, toys and other items, flow annually into the ocean from beaches, rivers and creeks, endangering marine life.
Three of the machines have already been deployed to Indonesia (印尼), Malaysia (馬來西亞) and Vietnam (越南) – and a fourth is heading to the Dominican Republic (多明尼加共和國.)
Slat believes 1,000 rivers are responsible for some 80 percent of the plastic pouring into the world’s oceans and he wants to tackle them all in the next five years.
The interceptors work by guiding plastic waste into an opening in its bow. A conveyor belt then carries the trash into the guts of the machine where it is dropped into skips.


(This article is published on Junior Standard on 5 November 2019)