New bins to keep out animals 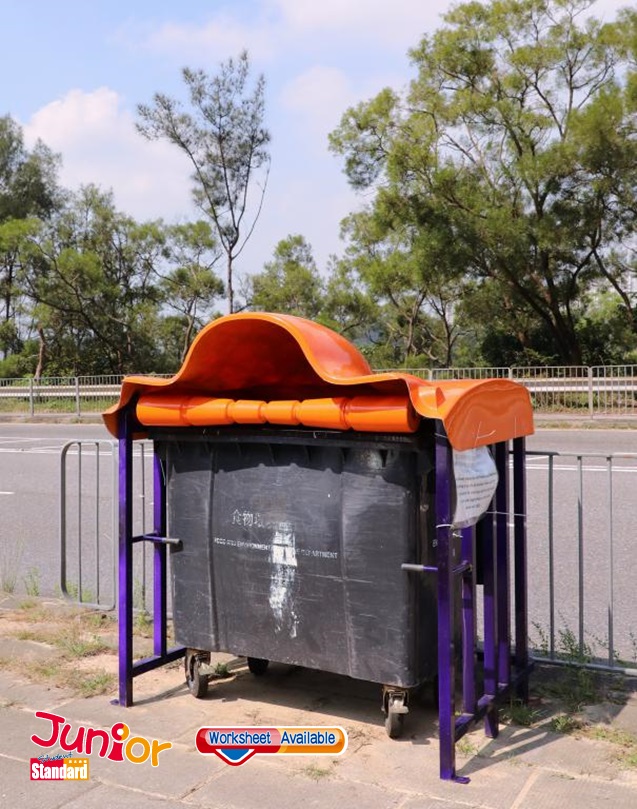 OFFICIALS have unveiled new rubbish bins for the streets of Hong Kong that have been designed to stop wild animals pulling out the waste thrown in them.
“More and more wild animals like wild pigs and monkeys are raiding refuse collection facilities in the urban fringe areas for food, causing more serious nuisance to nearby residents,” said a spokesman of the Agriculture, Fisheries and Conservation Department (漁農自然護理署).
A study on ways to improve the bins came up with three new ‘anti-raid’ designs.
The first is a large bin that can block raids by wild pigs. Since wild pigs usually push over bins to find food, the new bin is locked into place with fences fixed to the ground.
The second new design stops monkeys from opening the bin lid to take rubbish and food. The new bins have a tightly closed lid, with a foot pedal so people can open the lid easily.
The third is a roadside litter container with a foot pedal, which can prevent wild animals from taking rubbish out.
The inner bin has also been improved to help cleaning workers unload the waste. Slits have been added to the sides to secure the bin to a railing or lamppost to prevent wild animals from knocking it over.
The bins have been placed on trial at 40 spots at the entrance of villages, refuse collection points and on roadsides to collect household waste and other ordinary trash.


(This article is published on Junior Standard on 4 November 2019)