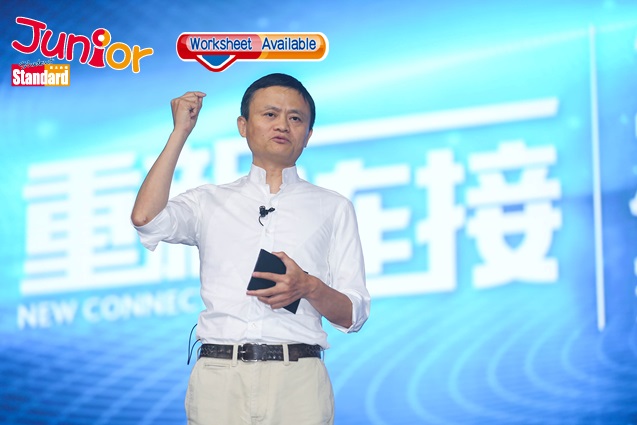 THE number of Chinese or China-based magnates with a net worth over 2 billion yuan (HK$2.2 billion) fell for the second consecutive year by 74, or 4 percent, to 1,819 this year, according to an annual ranking compiled by the Shanghai-based Hurun Report (胡潤百富榜).
“This year – in a year when stock markets have risen slightly – the shrink in the list is due to the impact of the digital economy. Tech entrepreneurs are replacing those from the traditional powerhouses of manufacturing and real estate,” said Rupert Hoogewerf (胡潤), chairman and chief researcher of the Hurun Report.
More than half of the richest Chinese saw their wealth shrink or stay unchanged during the year, the survey showed. But despite the decrease, average wealth jumped 10 percent to a record US$1.4 billion (HK$10.9 billion).
Jack Ma Yun (馬雲), who retired last month as chairman of Alibaba (阿里巴巴), retained the top spot for the second consecutive year with US$39 billion.
Pony Ma Huateng (馬化騰), chairman and chief executive of tech giant Tencent (騰訊), rose to second place with US$37 billion, up 8 percent or US$2 billion, overtaking China Evergrande (恆大) chairman Xu Jiayin (許家印), whose wealth dropped by US$13 billion in the last two years. Huawei (華為) founder Ren Zhengfei (任正非) rose 36 places to 162.
The proportion of women dropped slightly to 27.2 percent. Yang Huiyan (楊惠妍) of property developer Country Garden (碧桂園) is the richest woman with US$25 billion.


(This article is published on Junior Standard on 21 October 2019)