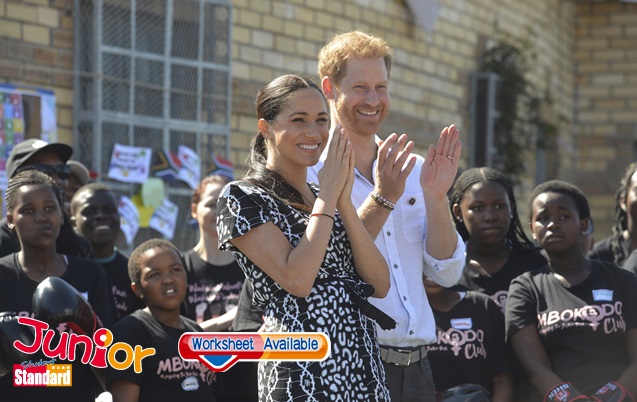 BRITISH royal Prince Harry has lashed out at the British media for its treatment of his wife, Meghan, accusing it of hounding her the way it did his mother, Diana, princess of Wales, who died in a 1997 car crash while trying to elude paparazzi.
“My deepest fear is history repeating itself. I’ve seen what happens when someone I love is commoditised to the point that they are no longer treated or seen as a real person. I lost my mother and now I watch my wife falling victim to the same powerful forces,” Harry said.
His rebuke of the press on his official website, and a lawsuit filed by Meghan, the Duchess of Sussex, against the Mail on Sunday newspaper for publishing in February a letter she had written to her estranged father, overshadowed the final day of his family’s 10-day tour to southern Africa.
Harry and Meghan – with infant son Archie in tow – flew home on 2 October from southern Africa following their 10-day trip.
The ginger-haired, bearded prince – often seeming so light of mood in public – said he could no longer be a “silent witness to her private suffering”.
Releasing what appears to be years of pent-up anger at the press, he said some newspapers have repeatedly “vilified” Meghan and published “lie after lie” about her.
In the civil lawsuit, Meghan’s lawyers accused the newspaper of copyright infringement, misuse of public information and violation of data protection laws. The Mail on Sunday said it stands by its story and will fight the case in court.

(This article is published on Junior Standard on 10 October 2019)

Why Harry is comparing Meghan to Diana
http://bbc.in/30K7PNR