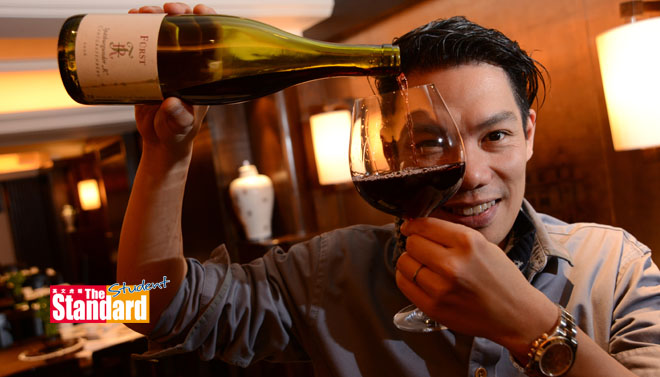 HONG Kong’s love of red wine has led to a younger generation that indulges in binge drinking – which is potentially fatal – health authorities warn.

The attraction of quaffing red wine and low-alcohol drinks has been such among the young that the Department of Health and experts are calling for duties to be resumed, and for the promotion of wines and spirits to be regulated.

Young adults were asked in the department’s Behavioural Risk Factor Survey in April 2012 if they had engaged in binge drinking – consuming at least five cans or glasses of alcoholic beverages on one occasion – during the 30 days prior to the survey.

“Binge drinking among young adults aged from 18 to 24 increased from 7.4 percent in 2010 to 9.8 percent in 2012, and this is certainly a cause for concern,” community medicine consultant Regina Ching Cheuk-tuen (程卓端) said.

Ching, of the health department’s Centre for Health Protection (衞生防護中心), said a steady rise in the estimated per capita alcohol consumption among the local population has been noted since the February 2008 exemption of duties for wine and liquor with alcohol content of not more than 30 percent.

The World Health Organization’s global status report on alcohol and health for 2014 revealed that the number of deaths worldwide due to alcohol-related harm had jumped from 2.5 million in 2011 to 3.3 million in 2012.

“Some of these parents even ask their children to start drinking a few months before they go overseas, believing they will have a lower chance of getting drunk.

“Young people are at particular risk of immediate, short- and long-term alcohol-related harm, which affects their physical, intellectual, social and mental development.”