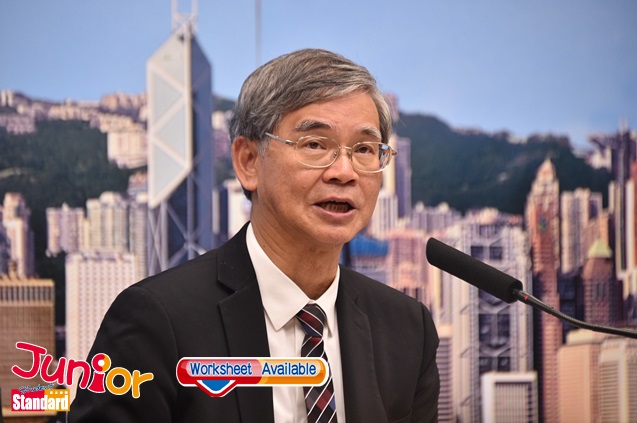 UNIVERSITY graduates are facing bigger difficulties finding jobs. The unemployment rate for youngsters rose to 10 percent for the period between May and July, Secretary for Labour and Welfare Law Chi-kwong (勞工及福利局局長羅致光) says.
Hong Kong’s economy has entered a winter season due to the global recession and uncertainties stemming from the Sino-US trade war and the recent social unrest, Law said on his blog.
As those aged between 15 and 24 years have little working experience, their unemployment rate can be triple that of the overall unemployment rate.
According to government figures announced earlier, the unemployment rate for those aged between 15 and 19 years was 3.4 percent in the second quarter, up from 2.4 percent in the first quarter. For those between 16 and 24, the unemployment rate rose to 17.9 percent from 16.7 percent during the same period.
“We expect the economy to take a turn for the worse and we predict that university graduates will face bigger difficulties when they enter the job market,” Law warned.
The government is considering whether to launch additional support for those graduating next summer, he said.
The Labour Department (勞工處) will improve the Youth Employment and Training Programme (展翅青見計劃), which caters to young adults aged 15 to 24, and increase subsidies handed to young trainees from HK$4,500 to HK$5,800.

(This article is published on Junior Standard on 08 October 2019)