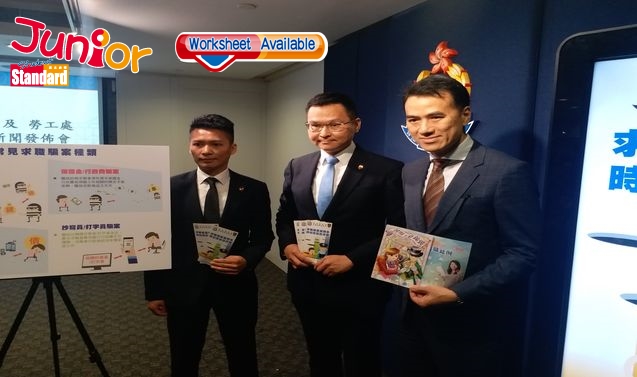 WITH the summer holidays approaching and a new crop of job seekers leaving school, police warned people to stay alert.
They pointed to 193 fraud cases involving job seekers over the past 16 months, with HK$23.2 million concerned.
In the first four months of 2019, there were 54 victims, aged between 16 and 60, who were cheated out of HK$4.08 million. Last year, 220 victims, aged 11 to 60, were scammed out
of HK$19.2 million.
The largest sum involved a 26-year-old woman being cheated of HK$908,000 in March.
After applying for a job she saw on social media, she was told it was about making high-return investments on cosmetic products.
She was told the products were expensive and that she had to pay HK$908,000 as a deposit. The scammer disappeared after receiving the payment.
Police said fraudsters usually post job ads on social media and entice people by offering ‘quick cash’. One common tactic is for fraudsters to tell job seekers to apply for
loans at financial institutions and then pass the money to them. In other cases, victims are asked to pay fees before starting a job, such as an introduction fee or a deposit.
The Labour Department said people should avoid social media and online forums when looking for jobs, and should use proper channels like the department’s website or direct
links to companies.

(This article is published on Junior Standard on 30 May 2019)