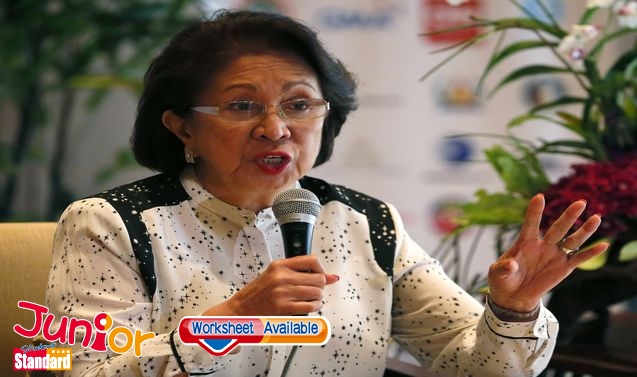 A FORMER Philippine (菲律賓) Supreme Court justice who accused President Xi Jinping (習近平) of crimes against humanity before the International Criminal Court said she was
barred for hours from entering Hong Kong.
Conchita Carpio-Morales said she was stopped by immigration authorities and was held in a room at Chek Lap Kok (赤鱲角) for about four hours before she decided to take a fl ight
back to Manila.
She said she arrived on a flight at 11am on 21 May and planned to take a vacation for five days in Hong Kong with her husband, son, daughter-in-law and two grandchildren, who
were all allowed entry.
Airport and immigration officials later told her “there was a mistake” and that she could proceed with her trip, but she and her family had already decided to return home
because of the incident, she said.
“I have never been subjected to this kind of humiliation,” Carpio-Morales said by telephone while waiting for her flight back to Manila.
An immigration official who spoke on condition of anonymity in order to discuss a specific immigration case said Carpio-Morales had been admitted to Hong Kong.
Carpio-Morales retired from government service last year. In March, she filed a complaint against Xi and other Chinese officials over Beijing’s assertive actions in the
disputed South China Sea, saying it deprived thousands of fishermen of their livelihoods and destroyed the environment.