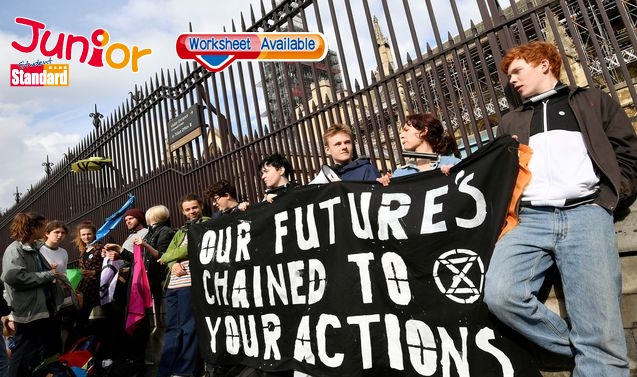 A CIVIL disobedience campaign has prompted the British parliament to declare a climate emergency.
It has also galvanised environmental activists around the globe by showing how rapidly disruptive tactics can force politicians to listen.
In what some activists have dubbed a ‘climate spring’, grassroots networks, spurred by the grim findings of the latest climate data, are building a momentum that is taking
governments, corporate executives and even members of the groups themselves by surprise.
“This is saying: be bold, act, don’t wait and think you need to mobilise a million people – 5,000 is enough,” said Farhana Yamin, a leading figure in Extinction Rebellion, a
new movement that sparked a national debate on climate change after occupying several sites in central London last month.
Yamin was speaking outside parliament on 1 May, where lawmakers passed a world-first motion to declare an “environment and climate change emergency”.
The motion was called for by Labour leader Jeremy Corbyn “to set off a wave of action from parliaments and governments around the globe”.
The symbolic declaration followed a wave of protests by Extinction Rebellion. It recognised the urgency needed to combat the climate crisis.

(This article is published on Junior Standard on 14 May 2019)