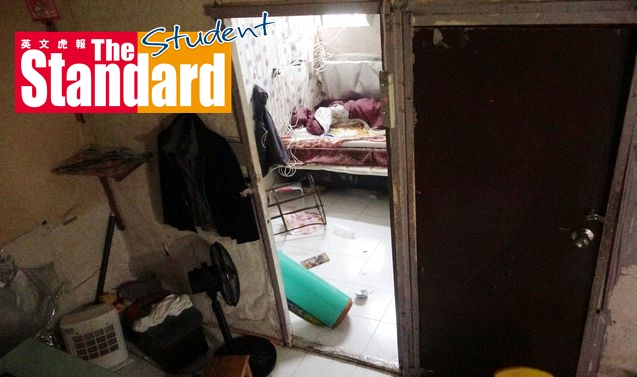 MORE than 90 percent of the public agree there is a need for the city to set up a ‘basic living environment standard’, according to research.
A census in 2016 showed the mean residential area per person was 14 square metres, and official figures revealed that more than 110,000 people lived in inadequate environments
like subdivided flats.
The Hong Kong Subdivided Flats Concerning Platform (全港關注劏房平台) interviewed 1,045 people from January to March, and found that 94 percent want the government to set a
basic standard in respect of citizens’ living environment.
Among seven factors – right to housing, basic facilities, affordability, liveability, opportunity to live, venues and cultural inclusion – 92 percent agreed the government
needs to set up standards for ‘basic facilities’, while 91 percent want a standard of‘liveability’.
For basics, 98 percent think there should be good drainage. For liveability, 96 percent said a flat should comply with the Buildings Ordinance (建築物條例).
Group researcher Wong Ka-chun (黃嘉浚) said more and more flats have failed to comply with regulations in recent years. In addition, 76 percent of subdivided-flat residents
found their quarters failed to meet basic standards, while only 15 percent of private housing tenants shared the same view.
Wong said only 2 to 3 percent of subdivided flats have submitted building plans, meaning the others have not been approved. “That’s why residents will face issues with
drainage systems, fire safety and housing hygiene,” he said
The poll found almost all interviewees want adequate windows, a private bathroom and a kitchen in their units. Some 140 of the respondents were those living in subdivided units,
rooftop structures and industrial units.
“They don’t have proper kitchens. Their kitchen will be next to their bed, or even next to the toilet. This is quite common in subdivided units,” said the group’s convener,
Lai Kin-kwok (賴建國).
“So I think if we can provide some kind of a benchmark standard like a separate toilet, that can help prevent some hygiene issues,” he said.
Lai said it is time the government ensured people’s right to adequate housing, which the UN High Commissioner for Human Rights has declared as a universal legal right.
According to the UN’s The Right to Adequate Housing fact sheet, adequate housing “must provide more than four walls and a roof”, and should include conditions like
“availability of services, materials, facilities and infrastructure”.
“Housing is not adequate if its occupants do not have safe drinking water, adequate sanitation, energy for cooking, heating, lighting, food storage or refuse disposal,” the
UN said.

New university...
EVERY student will be presente...

Cinema revamp a...
A LEADING conglomerate has app...